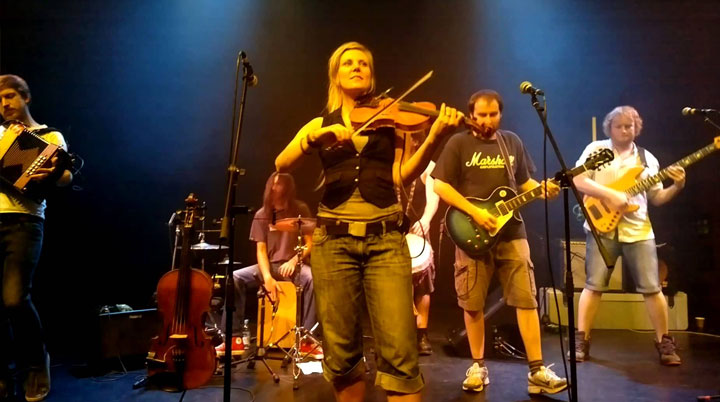 Is this the world’s first folk party record about the glories and tragedies of whaling?

Leviathan! is the second EP – and fifth studio release – from York-based folk-rockers Blackbeard’s Tea Party. On this record, the band dramatise a whaling industry which once funnelled significant funds to British ports such as Hull, Whitby and Peterhead but would eventually bring many whale species to the brink of extinction.

Across five tracks the band depict the industry’s promises of profit and glory, the power and might of whales, the adrenaline of the hunt, and the tragic bloody realities of a whaler’s life at sea.

Throughout, the band plough their own distinctive furrow of arresting folk rock, a sound that is bigger and badder than ever. Moving away from hand percussion, the interlocking rhythms are now provided by two drum-kits, a choice which adds power to the band’s sound and accentuates Blackbeard’s Tea Party’s rockier edge.

But while they contemporise British folk, here Blackbeard’s Tea Party stay grounded in traditional source material, displaying both accomplished musicianship and their flair for compelling Storytelling.

‘Leviathan!’ is now available for pre order and will be released on the 13th of April 2018. It will be distributed exclusively by Proper Music Distribution Limited.

Blackbeard’s Tea Party will be supporting the release by performing live on the following dates:

…. and check out their fun video here: