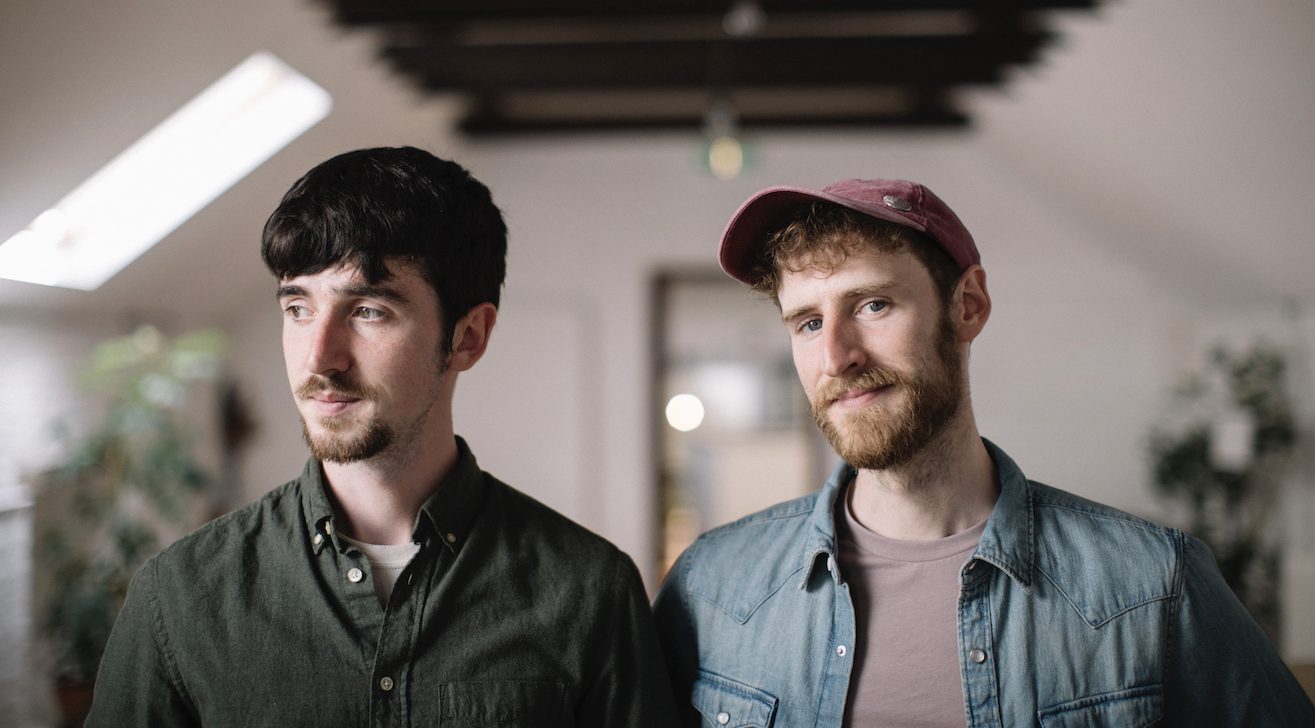 Ye Vagabonds are brothers Brían and Diarmuid Mac Gloinn who grew up in the rural town of Carlow on the southeast of Ireland.   They found themselves nominated for a BBC Folk Award on the strength of their self-released and largely self-written debut album, and received several nods from the RTÉ Radio 1 Folk Awards.

Their second album The Hare’s Lament,  a collection of traditional songs learned from some of the greats of Irish music was inspired from precious archive recordings of a grandfather they never met; from the unique collection of singer Róise na nAmhrán* from Island in Donegal (their mother’s birthplace) and from contemporaries in the singing communities around Dublin, of which Ye Vagabonds are a valued part.

Nine Waves, their third release,  was recorded in the Dublin Mountains at Hellfire Studios, produced by John ‘Spud’ Murphy (whose previous work includes records by black midi, Lankum and caroline). The album features 11 tracks of both traditional and original songs and tunes, It follows the duo’s standalone single I’m A Rover, which won them an RTE Radio One Folk Award for Best Traditional Folk Track. Ye Vagabonds were also named Best Folk Group for the second time at the 2021 ceremony, where they hold the record for most awarded artists.

“A beautifully heartfelt collection”  – The Guardian

The first single to be taken from the album is Blue Is The Eye, of which Brían explains:

This song started as a poem I wrote for an old friend on Arranmore who passed away in late 2020. He used to bring me out fishing as a kid, and later when I got into singing we bonded over songs even more. When he was younger he knew Róise Rua, a well-known singer from the island. He often told me of when he used to visit her, and how she would give him a coal from the fire to light his way home at night. In his last few years he would sit and watch boats come and go across the bay all day.  We’d always be happily aware of his eyes on us when we’d be out on the sea. The week he died, his son Jerry took myself and Diarmuid out fishing, and we half-wondered if he was watching still. A minke whale breeched next to our boat that afternoon.

Ye Vagabonds will be touring throughout Europe, the UK and the US in 2022. Tickets are available from yevagabonds.com.

3rd May – The King’s Arms, Manchester

9th May – The Greys, Brighton

10th May – The Redgrave Theatre, Bristol