Woody Guthrie and the Dust Bowl Ballads by Nick Hayes 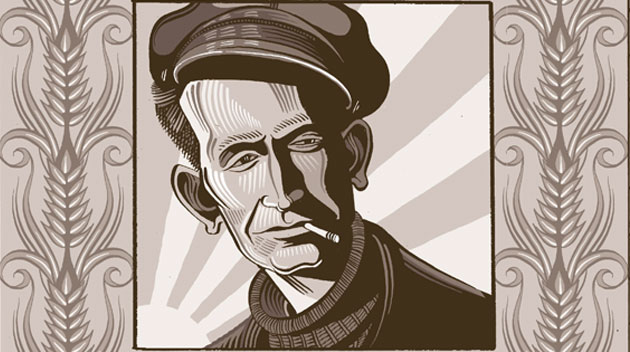 Guthrie’s life was nothing short of dramatic, dogged by fires that killed many family members, then the hereditary Huntington’s disease saw off his mother and eventually went on to be the demise of Woody himself. He fathered eight children and was married three times, he was associated with communism and had ‘this machine kills fascists’ written on his guitar. Later in life he mentored Bob Dylan and has influenced everyone from Bruce Springsteen to Billy Bragg.

Nick Hayes is a writer and illustrator who lives in East London. His first graphic novel was ‘The Rime of the Modern Mariner’, was published in 2011. His cartoons appear in the Guardian and New Statesman.