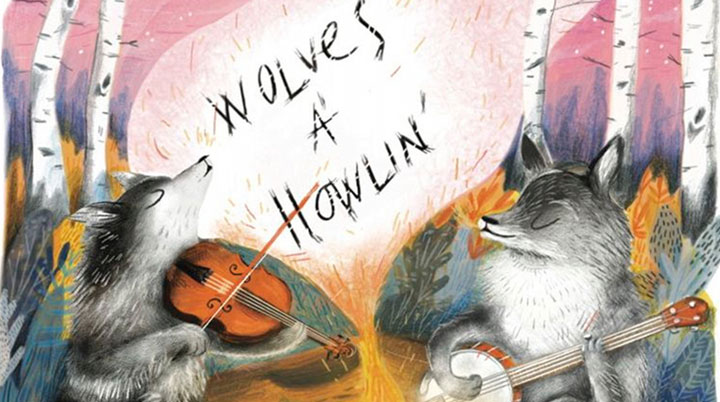 This feast of Appalachian folk tunes is ‘Wolves a Howlin’’, the debut album from acclaimed multi-instrumentalists Kieran Towers & Charlotte Carrivick, a duo who really do know their stuff when it comes to bluegrass.

The album is full of old time melodies such as ‘Best Timber’, Polly Put the Kettle On’ and ‘Sally Coming through the Rye’ (origins of which they are meticulous in crediting on the album sleeve), faultlessly executed at a joyous, exuberant and often breakneck speed.

But the duo also harness the tradition to deliver their own exemplary take on mountain music, with Towers’ brilliantly named ‘I Thought you Were a Goat #3’ (I really hope this means what I think it means) and  ‘I Wash Myself With a Rag on a Stick’ and Towers’ and Carrivick’s combined offering ‘New Carpet). These compositions really are the stars of the show, designed as they are to showcase to the utmost ability the talents of both musicians.

As great as ‘Wolves a Howlin’’ is as an album, I can say with certainty that it’ll be nothing compared to the real thing. If you have a chance to see Kieran Towers and Charlotte Carrivick together live, I suggest you take it. That’s what I’ll be doing.