Who He?- Ian Carr 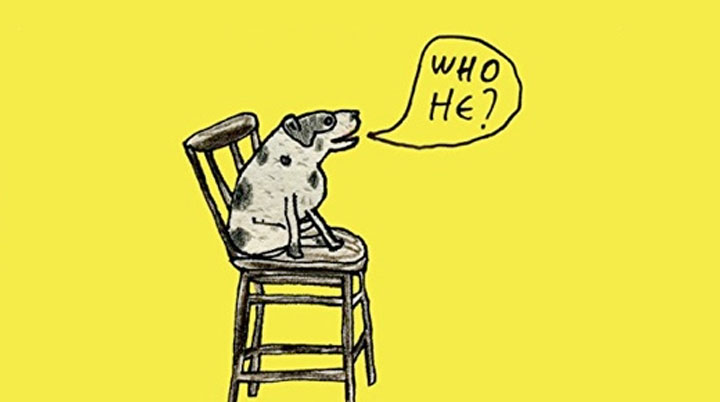 Sessions lead to anonymity. Discuss… Ian Carr’s pedigree as a guitarist is in no doubt, his name credited on albums by the likes of Swap, Heidi Tablot, John McCusker, Eddi Reader and Kate Rusby. None of those artists carry makeweights, so understand Mr. Carr is somewhat talented. In fact he’s ridiculously talented, besides serving time with all of the above, he’s dodged in and out of duos with Simon Thoumire, Karen Tweed as well as working with Scandinavians galore before now standing on his own two feet.

Who He? is a mad cap beast which wears a huge grin. Yet for all its tricks and crossing of genres- possibly inventing a few of its own – is an album  that makes a firm statement that Ian Carr, heard of him or not, is someone we should be very aware of. Everything’s been recorded in Sweden: mostly in studios, but some parts at Gustaf’s house who’s obviously an obliging chap. The umbrella tag applied to the musicians sharing the tracks is perhaps tongue in cheek, but they too are an excellent bunch, names to note in particular are producer and bass guru Staffan Lindfors and Marie Jonsson on a viola. She sings alongside yer’ man on a couple of tracks and is a sweet contrast to his bluff delivery.
There are tunes that have honest folk graft at the core, yet are herded in a myriad directions so that feedback guitar doesn’t even raise an eye brow on Piggy I’m In Jail. Road Drill is heavily Scandinavian, the ringing strings of various viola causing a bouncy rhythm which leaps along as if Carr were striding the mountain tracks in a Swedish summer. Whilst decidedly odd, Talking Frances is a fascinating guitar riff over spoken family reminiscence, Carr’s guitar often plays in cyclical, hypnotic fashion, chiming single notes whilst his digits fly melodies and trills spilling from his strings. Humility might be in the mix but Carr is far too clever by half to let it be the whole story, what he’s really trying to say: “Look just because you haven’t seen my name adorning a CD of my own before, don’t pass by, stop and try.”
His titles may be tongue in cheek as well but word play is probably just as much a factor here as his free spirit musical creations… Is there anything this bloke hasn’t thought of? Look, space is tight I can’t do full justice to such a precocious talent in a few hundred words, though perhaps I should relate that Who He? has in fact been around a while and Britain, through the good sense of Reveal Records, now has chance to catch up.
Should you? Is the Pope Catholic?
www.iancarrguitar.com
Simon Jones