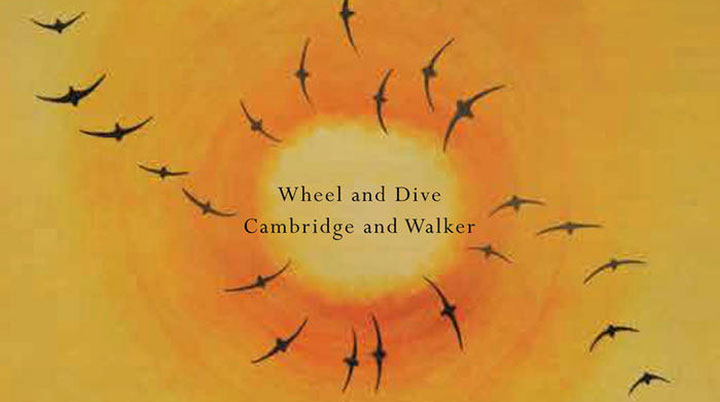 David Cambridge and Jenna Walker have been playing together since 2016, the duo having been born from sharing stage and songs at the Blackfen Folk club in Cambridge. Every musical partnership reaches a point where releasing an album is natural and right, both for them as musicians and for their audience.

I think this is the right album at the right time. David is a really fine folk guitarist. Jenna is a multi-instrumentalist. They are both superb singers as individuals but when their voices come together they could go toe-to-toe with anyone on the folk scene. They have built a reputation in and around Cambridge, including Cambridge Folk Festival, and I hope this album will gain them wider exposure.

The album is a mix of traditional songs and covers with an occasional original composition and some nice spoken word touches. There are many who wouldn’t cover the likes of Richard Thompson or Joni Mitchell but these two are not short on courage. Their take on Thompson’s ‘Waltzing’s for Dreamers’ is augmented by some nice cello from Hattie McCall Davies and Jenna’s harmony gives the song another dimension. They have an unusual approach to Joni Mitchell’s ‘Case of You’ that I really enjoyed, too, but my favourite of the covers is their breath-taking  version of Tom Waits’ ‘The Briar and the Rose’. The hair on my neck was standing on end, I can tell you.

They make a decent fist of the traditional songs, too with a really dark and rootsy version of ‘Reynardine’ that caught my ear. There is one original song from David, ‘Sea Change’ about the decline of the fishing industry and Jenna’s title track ‘Wheel and Dive’ is one of the highlights of the album with a real earworm of a chorus. She also composed the tune for a lovely setting of ‘The Unfortunate Tailor’.

I hope they give us more original material in future because there is real talent there and I will look forward to hearing what they do next.