What do the four steps to lockdown lifting mean for gigs and festivals? 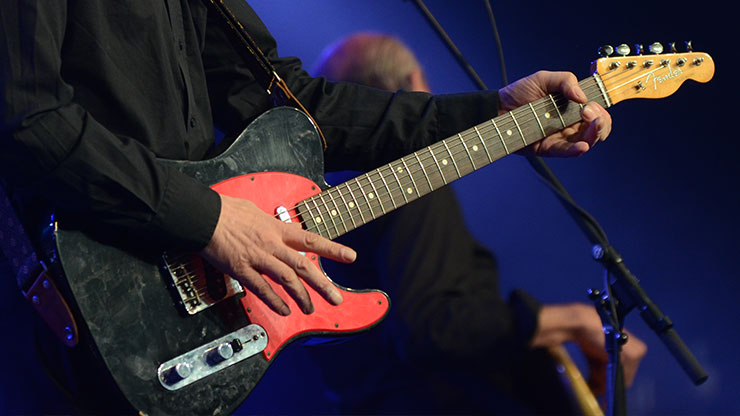 On the 22nd February the government announced its roadmap to lifting lockdown, with a potential complete lifting of restrictions for theatres, venues and large outside events by late June – so we seem to be on course to be enjoying gigs and festivals across the summer and early autumn.

Yesterday, mobile networks must have struggled with the volume of calls and texts between friends arranging meet-ups and deciding which gigs and festivals to book. However, we must temper our impatience to get back to normal, all of the steps announced come with the caveat that the data supports each measure. As long as each step doesn’t create a spike in infection and hospitalisation we can move onto the next step. If everyone sticks to the guidance, and the vaccination programme keeps delivering the impressive results that we’ve seen thus far we can be confident of normality returning.

Drill down into the detail and you’ll see the government stressing that some measures will still remain in place after the legal structure around the lockdown is lifted. So we can still expect to (at least) be seeing hand sanitising stations, face masks in some situations, and monitoring of symptoms. A working test, trace and isolate system is also regarded as an ongoing necessity.

Implicit in the government statement was the fact that we have to accept that Covid-19 is here to stay, it’s not going to be eradicated in the near future, if at all. It will claim victims just as influenza and a variety of respiratory ailments do every year. It looks very likely that there will be yearly boosters just as there are for the ‘flu. New variants may cause flare-ups that would be ameliorated by that test, trace and isolate system. This will be of concern to anyone with pre-existing conditions that mean they are more at risk from the virus. So initially we should hope to see venues and events implementing procedures to safeguard customers and staff.

What’s happening in the short term

By short term I mean this year, as lockdown lifts and the true picture of transmission and efficacy of the vaccine becomes apparent. The signs so far are really good, from creating a vaccine in under a year to rolling it out on the scale we are seeing, it has been a triumph. What are we likely to see as the economy opens up?

There are measures that indoor seated events can implement with relative ease. Common sense would say that being seated at the actual event isn’t the problem, it’s the crush as you get into the venue, at the bar and then getting out after the event. So, maybe in the short term we’ll experience a bit more queuing and waiting as a part of the gig experience. Perhaps venues with cramped bars will have to get creative. Maybe there will be capacity limits based upon those criteria.

Where does this leave festivals? The science says that transmission of the virus outside is very low, but how does that change in a big top, marquee or beer tent? Maybe we won’t have the sides down on any of those stages or marquees any more, or capacity limits in them – we’ll see how this plays out in real time this year.

The Association of Festival Organisers released a statement in response to the announcement, on the likelihood of testing before events they say;

‘He made quick reference to events but said the word “testing “on several occasions.

The festival industry as we know it cannot handle testing at the gate of the event. That would cause chaos and local concerns. Testing in advance of either ticket purchase or arrival at the site leads directly to a vaccine / health passport which the PM has rejected on many occasions.

AFO would welcome a U-turn and the introduction of a clear proof of vaccination and/or negative test.’

The fly in the ointment with all of this is our old friend alcohol. I know how bleary and chummy I get after fifteen pints, or two for that matter. A few thousand chummy bleary people will not exercise prudence and personal responsibility about possible virus transmission.

It’s very easy, in our lovely (?!) little Brexit bubble, to forget that there is anything beyond our sovereign borders. But, despite what some people think, a lot of our festivals enjoy a surprisingly rich international element. Travel restrictions, quarantine requirements, and proof of vaccination will likely become an integral part of world travel for the foreseeable future. At least until a truly global level of vaccination has been achieved.

Now it doesn’t mean that festival bills will be sparser, there’s an awful lot of talent out there. But running a festival is a competitive activity, if you want punters to buy tickets to your event, booking that exclusive international artist as a headliner is an advantage. If they find it impractical to tour overseas due to the possibility of having an unexpected quarantine wrecking their schedule, then we may well see festival line ups starting to all look very similar, want to bet how many have Show Of Hands at the top of the list this year? Joking apart how will WOMAD function? And indeed the big hitters like Glastonbury, that have a massive international roster of artists and visitors, have a far bigger problem than the grassroots festival. Little wonder that the Emily and Michael have already pulled this year’s event.

The industry itself needs support

The AFO are striving to support the festival industry:

‘For now, we will be continuing the drive to get support for the festival industry. AFO has joined with many others in the festival and music world to demand that the reduction to 5% for VAT on ticket sales be extended to at least the end of 2021 and preferably for a three-season period.

In addition, we ask that the Chancellor looks very closely at the number of event industry workers that have had no pay whatsoever for the last twelve months, and considers continuing furlough making a cash support fund available to roadies, techies, lampies etc. throughout our festival industry.

And thirdly, that a decision is made by the end of March to financially underwrite an insurance scheme against pandemic losses, giving the festival industry the opportunity to reopen knowing that, should a bad situation arise again, we will have some funding from an insurance scheme in support of our £40bn industry with its 85,000 jobs.’

What about the longterm?

This is where you need a crystal ball. What we do know is that Covid-19 is here to stay, being vaccinated could very easily become a requirement of international travel. There are already mentions of vaccine passports which have prompted cries of discrimination and possible prejudice. There are two strands to this argument, one for people who cannot be vaccinated due to profound allergies or other medical reasons, and the other for those who refuse the vaccine on theological or idealogical reasons. Those who cannot be immunised for medical reasons must be protected by society, and a comprehensive uptake by the larger population will make their lives safer. The anti-vaxers are a highly vocal minority, many of whom will slope off and get the jab when they realise that it will be a lot more complicated to go on holiday, or get insurance (and likely some jobs), if you haven’t had it. The hardcore refuseniks can join the flat-earthers, Queen-is-a-lizard and look-out-for-the-illuminati lunatic fringe.

Most likely it will become a mundane booster we get each year, and there may be flare ups as variants emerge. Those who haven’t directly been affected by it will forget it overnight and have a clutch of destinations already in their TUI shopping basket ready to click ‘buy’. That’s no joke, we have friends literally poised. For those who have suffered by losing loved ones and livelihoods, or suffered domestic abuse and mental health problems, the road will be longer. These are the ones who must not be forgotten, getting back to normal isn’t just about going to the pub and the shops, quality of life means more than that. Live music, theatre, dance, festivals, opera, concerts, live comedy and even bloody Lloyd Webber’s Cats help to uplift, heal and bring joy and happiness. OK, maybe not Cats, but you get my point.