Next…! Welcome to our review round up of other releases received and duly considered, October 2019 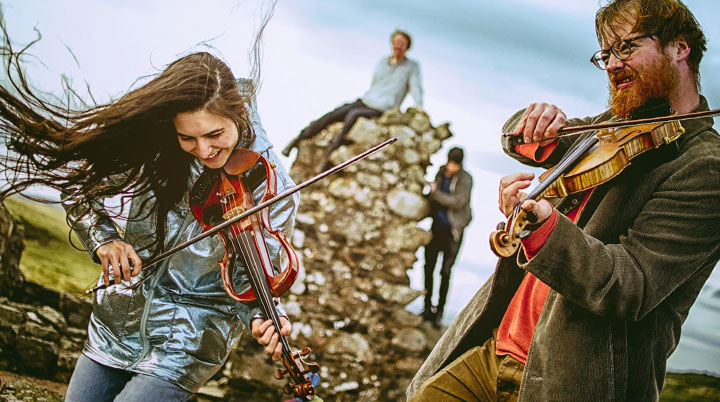 Our Reviews Editor, Simon Jones, rounds up some of the albums that escaped our reviewers this month…

From download EPs to finally a debut album proper Thom Ashworth is a singer full of ideas and one worth noting is that he plays bass as a lead instrument. Introducing more of his own compositions alongside traditional staples like ‘High Germany,’ ‘John Barleycorn,’ and most effectively ‘Poverty Knock,’ mark this as a satisfactory debut from which he can assuredly grow with confidence. Mixing acoustic and electric backing and playing a judicious selection of instruments himself, he’s ceratin enough to produce as well. Decent grist.
www.thomasashworth.com
Spiral Rating: ***

Popular, you can hear why from this live shout, laid down in Sheffield and Hertfordshire at a parish church no less, the production here is crystal sharp. By the time you get to ‘Barbara Allen,’ you really do wonder if they’re there in the room with you! Loads of harmony singing from enthusiastic audiences makes every spin of the disc a warm and communal celebration of roots music handled by a duo who know how to tug the heart strings one moment ‘Herald Of Free Enterprise,’ and the next have you clapping and dancing like a loon to a set of reels.
www.nancykerr.co.uk
Spiral Rating: ***

The fiddling one from Lau, determinedly pushing the envelope on a recorded response to author James Robertson’s Herculean efforts during 2013 to write one short story each day of the year. In answer there are now 365 tunes some of which preceded this release as ‘Volume 1,’ and here his classical trad melange continues, buoyed as before by the vital contribution of Kit Downes on keyboards of various kinds. With a backdrop of Scottish culture, no matter how wide, you can always find the suggestion of place in each of the twenty five offerings, as a whole it’s contemplative, dreamy and envelopes you like a Highland mist. Nothing short of intriguing, the packaging is sumptuous.
www.aidano’rourke.net
Spiral Rating: ***

Anything produced by former Peatbog skinsman, Iain Copeland is guaranteed to be worth investigating and thus it is with Yoko Pwno, folktronic, rappers from the Isle of Lewis via Edinburgh and Skye. Vocalist Lissa Robertson is nothing short of a wonder, forget the gentle lilt of Scottish folk singers, this girl references dance and remix more than unplugged and trad. They write original tunes and songs which are littered with break beats, hip hop and reeling giving an addictive and modernist twist that needs acknowledging and what’s more investigating forthwith. Not for the tweed skirts and white sweater brigade in the slightest but heartily aimed squarely at clubbers and ravers. Why the hell not? It’s addictive.
www.skyerecords.com
Spiral Rating: *****

Roots To Rise Live – We Banjo3

Like these lads a lot, they’re sussed enough despite their name to be a four piece, comprised of two sets of siblings blending everything in a mixture of Celtic, world, Americana and even the odd hint of pop. Astute would be an understatement, they’re really canny and allow nothing to stand in their way. Any of their albums are guaranteed to appeal to anyone whose smart and open minded.This in concert offering is no exception it’s burning hot recorded in down town Ann Arbor, Michigan that also reminds you that they’ve feet in both Ireland and the States which given their repertoire is only fitting. Approach without caution and dive in.
www.webanjo3.com
Spiral Rating: ****