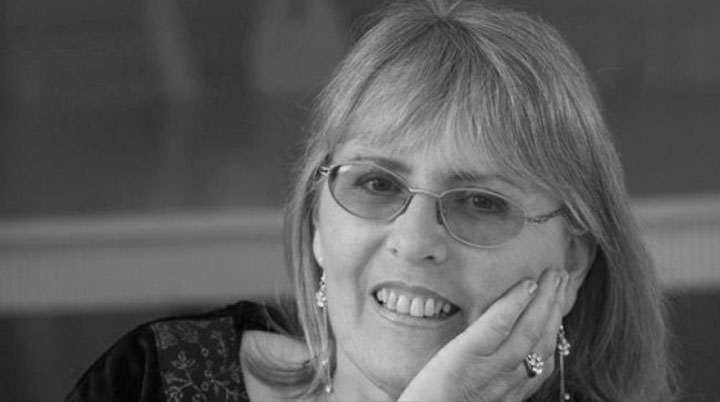 Things haven’t always gone smoothly for Judy Dyble, the resilient sort of lady who thoroughly deserved her 2004 reawakening, from which she’s spun a whole line of albums which reveal her as a writer of other worldly fantasy, songs about things just slightly out of view or round a corner.

There’s something enticing and entirely captivating about her creations, they’re charismatic vignettes which may take time to mature, though since she began work with Alistair Murphy a decade since her music has taken on far more form and substance. Herewith ‘Weavings Of A Silver Magic,’ is the second live offering from Miss Dyble but this one differs in virtually every degree from ‘Live At WM Jazz.’ Recorded at St. Barnabas Church in Cambridge, with her regular backing musicians Perfect Strangers along with sundry percussion, keyboards and an elegant sounding string section with the tongue in cheek name of Ad Hoc! What was produced and has since been heightened by other gigs including a super showing at Cropredy are tracks from her contemporary albums as well as an old rework from the days when she sang with a proto King Crimson.

The Dyble vocals are very English, but then there’s no earthly reason why a woman with roots in north London should sound like she was from California, Detroit or New York, her words distinct and often personal.

Stand out track by far is ‘The Sisterhood Of Ruralists,’ ten minutes or more of carefully chosen verse about friends who’re craftsmen, bound by decorum and charming arrangements somehow it sums up the whole approach. Great to have her creating music that’s alluring and gentle, not everything in life need be brash and voluminous. Make room for mesmeric.