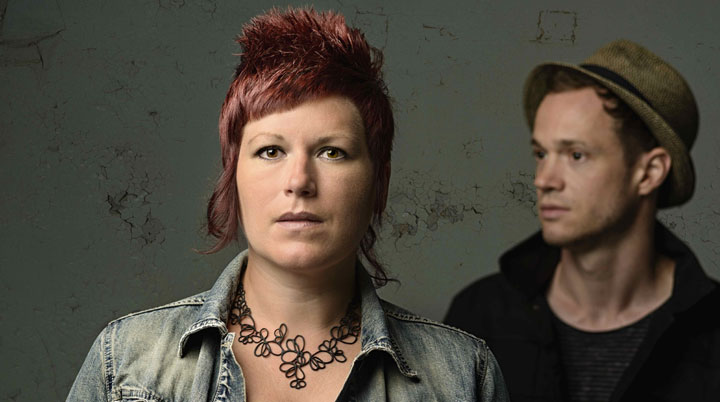 Been around quite a while now, Miranda Sykes and Rex Preston are often linked inextricably with Show of Hands, of which Miss Sykes is also a member but you’d be doing them a disservice if you think this duo is merely an offshoot. By now, I make this album number three, they’ve comfortably adapted to each other and made an album that’s familiar as well as eclectic, yet more importantly sounds as you’d expect them to sound. Each is easy with the other yet the music here is very straightforward, no multi tracking or big name guests, they know what they’re about and have presented that simply and plainly. Be that as it may, there is some excellent mandolin from Preston, particularly on Good Natured Man which opens with an extended instrumental coda, Sykes excels as a bassist but also as a vocalist, Exile’s Return an Irish emigration ballad is equal parts nostalgia and hope, ultimately a choice closing track. Rosie – not the Swarbrick song – is a nice dash of folk pop, which would actually make a cracking single and benefit from electric backing, great vocal and harmonies.  The familiar Bonnie Light Horseman is taken right down to the core and comes across as extended jazz rewrite with the inner essence of the song preserved cleverly in Miranda’s interpretation.

The title track though stands as the ‘epic’ and is perhaps wrongly placed as the opener, me I’d have left it central to the running order with the other tracks acting as balance. Scribed with Boo Hewerdine, who knows a thing or two about writing effective songs, the song is stacked with regret and what might have been when the wife of the title falls out of love with said watchmaker, a man who goes on to lavish care and attention on timepieces instead of her.  No doubt it’s a song they’ll return to time and again as it’ll be one of those audiences have stuck in their heads whenever the duo are mentioned.  All proceedings recorded at chez Sykes with a vibrant production, The Watchmaker’s Wife is all round creative and full of promise for what’s to come from its creators, who’re touring it well in 2017.