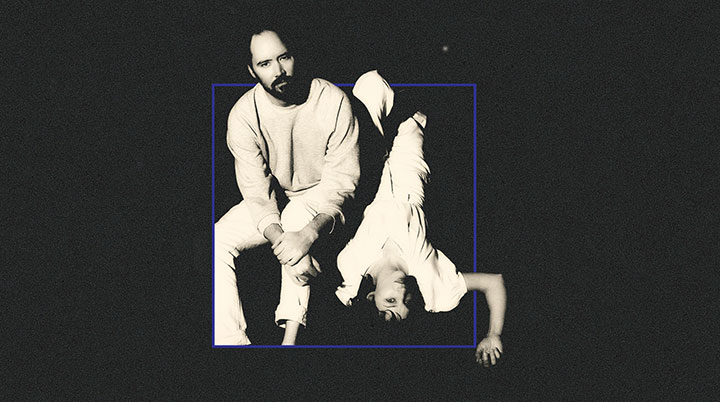 Watchhouse is the new name adopted by the act formerly known as Mandolin Orange. There’s been something of a spate of acts changing their name because of a concern for unintended political messages in their original name. The Dixie Chicks becoming The Chicks, for example. For Watchhouse, the new name has more to do with a change in their musical intentions. So, how does this manifest itself on their new self titled record?

Two factors seem to be in play. Firstly, the slow shift over their career from being focussed on the core duo of Andrew Marlin and Emily Frantz to more of an ensemble format. Secondly, the creative production handiwork of multi-instrumentalist Josh Kaufman who has already put his mark on recordings by Bonny Light Horseman, This Is The Kit and The National.

Fans of earlier Mandolin Orange material needn’t be concerned as the compositions and aching vocal of Marlin, and the sweet tone of Frantz’s vocal remain at the heart of their music. The main changes are in the approach to arranging and producing the nine tracks found on the new record. While their music has often had a dreamy quality, Kaufman’s presence seems to have accentuated this as typified by the meandering ‘Better Way’ as it progresses from a simple hook to a beautiful ending which has the feel of eastern mysticism as a wider instrumentation washes across it. While the mandolin remains to the fore on several tracks, the fuzzy electricity closing this track typifies the broader palette of sound in use for ‘Watchhouse’.

‘Tides of a Teardrop’, the last album as Mandolin Orange, was framed around recollections of the death of Marlin’s mother whereas ‘Watchhouse’ looks forward in its lyrical content whilst leaving room for the listener’s interpretation. ‘Better Way’ being a plea for a kinder world. ‘Belly Of The Beast’ referencing a shelter away from the tragedies found in that world. ‘Lonely Love Affair’ reflecting on becoming a parent. ‘New Star’ considering the future for the young child which has started the duo’s path into parenthood.

Throughout there’s a sweeping ebb and flow to the music in lush arrangements that add to the soporific mood of tracks like the closing ‘Nightbird’ and the languid Frantz vocal on ‘Upside Down’. Those familiar with Mandolin Orange will recognise many of the old touchpoints in this new material. This, plus the memorable hooks on songs like ‘Belly Of The Beast’, all adds up to another fine album. Albeit having shifted from the old timey Appalachian bluegrass feel of earlier Mandolin Orange to the trippy haze of Watchhouse.