Watch – ‘Antwerp’ by The Breath 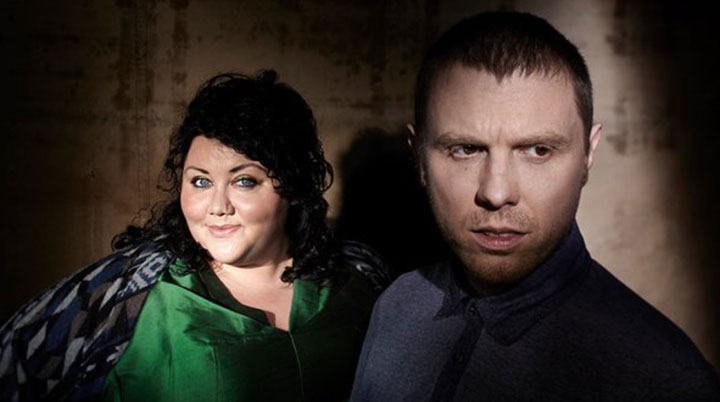 ‘Antwerp’ is the lead track taken from ‘Carry Your Kin’, the forthcoming release from Manchester-based band, The Breath, the partnership of guitarist Stuart McCallum  and singer Ríoghnach Connolly.

An urban guitarist from Manchester and the former guitarist for Cinematic Orchestra , McCallum is valued for his mastery of loops and effects. Connolly is a singer and flautist from Armagh and the voice of skewed barrel-house, folk-hop band, HoneyFeet.

What caught my eye is that their debut recording released on Real World Records ‘delves deeply into the spaces between rock, ambient and Irish folk.’

“According to folklore” says Connolly, “Antwerp got its name from Antigoon, a giant who lived on the Scheldt River seizing tolls from passing boatmen, taking the hands of who refused and throwing them in the river. I just imagined a city encircled by a river of floating severed hands and sang the story… “ These stories usually denote something more insidious outside of written history, something Ríoghnach finds utterly compelling and which often informs her writing.