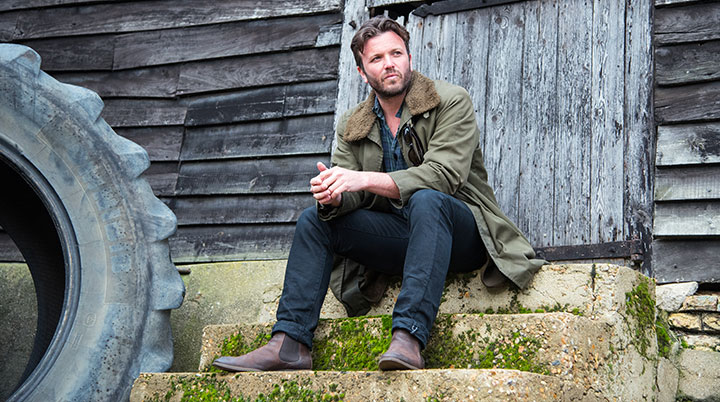 Ahead of the release of the new solo album ‘Arizona’ from ahab’s Dave Burn –  a new and unreleased live video has been released to one of the tracks.  Cast your eyes and ears on ‘Wasted’ below…

Here at Spiral earth, we are loving Dave’s new album, you may remember him from award-winning alt-country/americana band ahab that split up a few years back . If you liked them then you are sure to love Dave’s latest work.

Having strong family ties with the U.S; from a young age, Dave spent many weeks each year with his grandfather in Arizona where he was immersed in the vast and cinematic vista of the sun-soaked landscape, imprinting its majestic, yet rugged beauty on his development as a musician.

This album is the distillation of those experiences seen through the eyes of a talented songwriter and gifted musician. As the saying goes, Arizona has always been a place for rebels and risk takers, and Dave Burn doesn’t disappoint. Amongst these songs he opens his heart and takes stock of himself and finds an ocean of universal emotions that we can all relate to.

We will have a review and interview with Dave very soon.

Arizona is officially released on March 1st but can be pre-ordered at www.daveburn.com