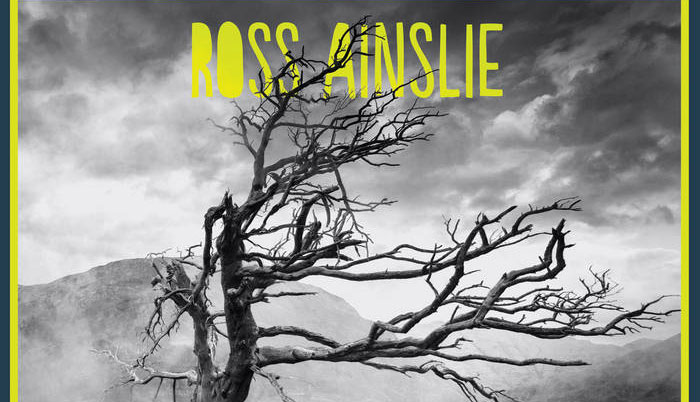 It is true to say no doubt that each of Ross Ainslie’s recordings builds on the one before in rather spectacular fashion. ‘Sanctuary,’ was a stupendous work it did everything the press blurb promised and far more in that it pushed and moved Scots roots – sometimes kicking and screaming – to new ground. ‘Vana’ is the follow up. Named after a retreat in India where Ainslie recovered after admitting to feeling ‘burned out,’ he’d toured and recorded enough. The contents of  ‘Vana,’ in some measure show he’s rebuilt himself and landscaping has changed his muse to incorporate Arabian and Indian elements whilst still retaining the focus on his Scottish heritage. Of course he’s a questing individual he’s not one to confine himself to a life of trad, after all he’s part of the unique twelve strong Treacherous Orchestra and I don’t think there’s been a genre invented that could easily describe them and their pioneering sounds. The arrival of Paul Towndrow on sax gives jazz a considerable voice in the settings and washes which sweep through the tunes, all running into each other as a complete entity, the microseconds between each track leave just enough room to reset your critical facilities before you’re swept away on another melodic flight of fancy.

A lot will be made of the guests who slot in here alongside his regular band, Duncan Chisholm’s provides fiddle on ‘Gift Of The Gods,’ a tune that surely is what it says, Damien O’Kane strums his signature banjo runs around the opening statement of intent, ‘Science Of Life,’ and perhaps more significantly Malcolm Jones the electric guitar hero of Runrig twangs a thang or two on tracks bearing ‘In Chaos’ as titles. That Ainslie can call on such names and yet remain distinctive where they add rather than distract from his patent is something to hear.

If not quite as crusading as ‘Sanctuary,’ then ‘Vana,’ which at times does seem to be less full on than its predecessor, shows the value here is in the pauses, the slower more experimental items. There are also some canny re-workings chief amongst them, ‘Absinthe in Aranya,’ adds extemporisation to a riff heard on his album ‘Partners In Crime,’ with Jariath Henderson.

I could go on, but any of you with any sense get the drift already and if you don’t just buy the CD anyway. Ainslie is an inspiring, a force to be celebrated and to party with.