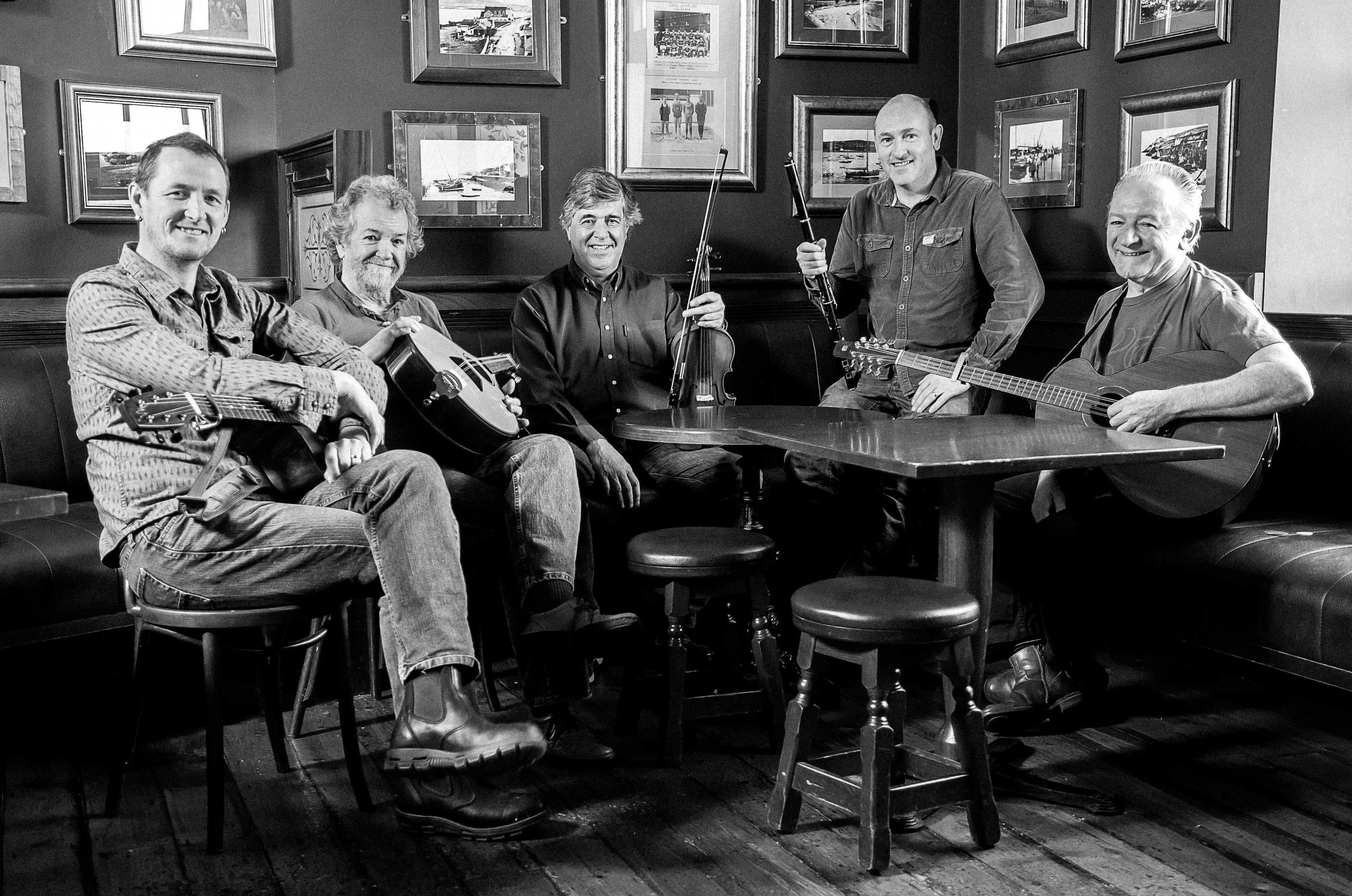 Usher’s Island brings together two generations of the finest and most influential Irish traditional musicians, stretching back to the acclaimed 1970’s era of Planxty, through Andy Irvine and Dónal Lunny, and the Bothy Band, through fiddler Paddy Glackin. They follow the last incarnation of Planxty, which ended in 2005, and later LAPD – Liam (O’Flynn), Andy, Paddy and Dónal. This next chapter, which began with shows in January 2015, brings in renowned players from the 1990’s generation, with Mike McGoldrick (Capercaillie, ex-Flook and Lunasa) on flute, whistle and uileann pipes and John Doyle (ex-Solas) on guitar and vocal. Both also play in The Transatlantic Sessions and as a trio with John McCusker.

The music combines the excitement of the 1970’s traditional Irish groups with a modern sensibility informed by a range of influences. There are lively sets of traditional tunes, including tunes from the Goodman Collection, from Donegal fiddle playing brothers John and Mickey Doherty, and from Chieftain’s fiddler Sean Keane. The songs range from fresh takes on the traditional Molly Ban, The Wild Rover and Bean Pháidín – which Dónal Lunny revisits 44 years after recording it with Planxty – to captivating originals by Andy Irvine and by John Doyle.

You can catch them live in November as they are doing a short run of UK live dates.

“Instrumental riches with splendid colour and a classy sense of uplift. These men are capable of creating a spark”  The Herald , Celtic Connections