Upon A Painted Ocean – Admiral’s Hard 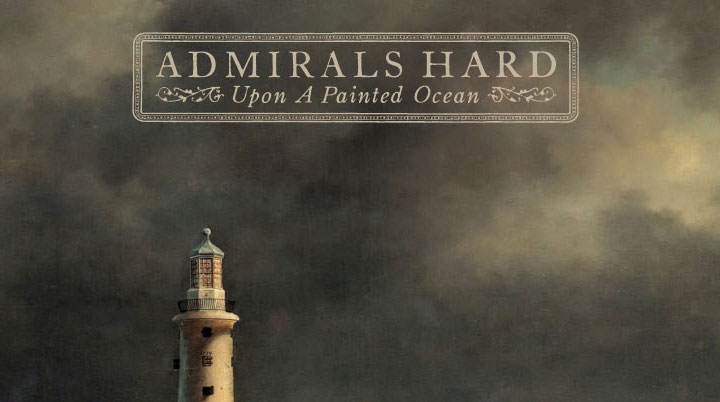 West country lad, exiled in London, mixing with alternate, art, indie rock crowd, feeling at a creative loose end, what are you going to do? Why, it’s obvious, form a free-wheeling acoustic collective which can round up a few foamy sea shanties, olden folk songs and dance tunes then present them on an album which wears a grin all the way through thirteen tracks.

Andy Carne is that lad and Admiral’s Hard named after a district in Plymouth, contains refugees from or current members of  – not sure which – Gong, The Cardiacs, Knifeworld, Medieval Babes and sundry others. All of which begs the question as to why whilst fun, Upon A Painted Ocean is so respectful? Okay its jollity means that they never take themselves too seriously and that’s refreshing especially when you’re faced with some familiar and comfy as Granny’s slippers material. Spanish Ladies, South Australia, Leave Her Johnny Leave Her.

They’ve been at this in various forms for about ten years so this really is an overdue debut, it works best where irreverence and respect mingle and unabashed they create a Madness unplugged, discover trad kind of approach, Whip Jamboree/Let The Bulgine Run being the capers that show rousing clarity. The tune set Random Jig/ I’ll Get Wedded In My Auld Claes runs close too with a sea worthy rolling and falling rhythm.

Ensemble wise the singing is strong and not one finger in the ear, Boney Was A Warrior opening in lusty form, Carne has a light voice but it’s suited to the tongue in cheek nature of much of the material and thankfully he never tries to sing in anything but his natural vocal, which is as far removed from shanty singing as Land’s End is from John O’Groats. Fans of Fisherman’s Friends won’t really appreciate it, but if like me you like to see things moved towards something other then this may be your catch of the day. Just, next time let more of your diversity through. Out on the wonderfully named Believer’s Roast label.