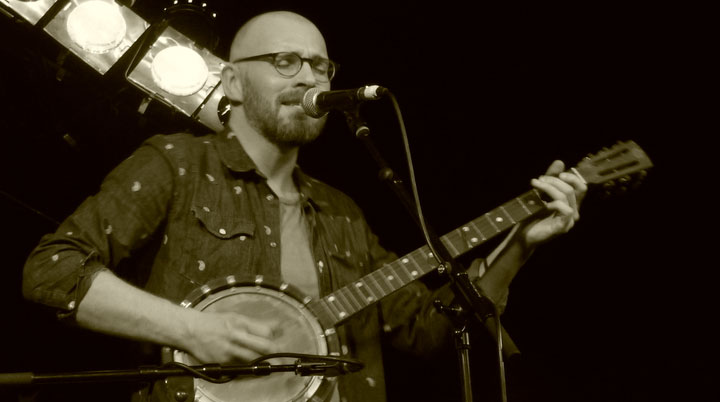 Debuts are often tricky pieces of work, so it proves here from West country singer songwriter Webber, who’s left a lot of questions hanging in the air after listening to his. What we’ve got is a recording which shows where he’s from but doesn’t really indicate where he’s going to. Which is made all the more confusing by the fact that he’s a killer slide guitarist who obviously knows his way round the frets like most of us know our front garden. Inside Out has an acoustic beginning which’d knock spots off much that passes as unplugged but then the schizophrenia kicks in, one track sounding like Mazlyn Jones, the following Roy Harper at his most venomous and then shades of a more spaced Nick Drake.

When the bass line rumbles and the psychedelic elements rampage there is at the core a fascination which asks what is it in Bristol that powers something so arcane, Black Rider Blues. A title track runs the length with an appealing, clanking banjo and there’s even good time rhythms Evangeline before the New Age instrumental closer. I’d have preferred more of his guitar playing and less of the way down vocals, an album of Severn delta blues and spooked instrumentals would be right up his street.

As it is I’m not sure what kind of footprint’s left by a first offering which seems to indicate there is much within its creator. Just he hasn’t figured out which road he wants to travel yet. Promise still to be fulfilled. www.petewebbermusic.com for the curious