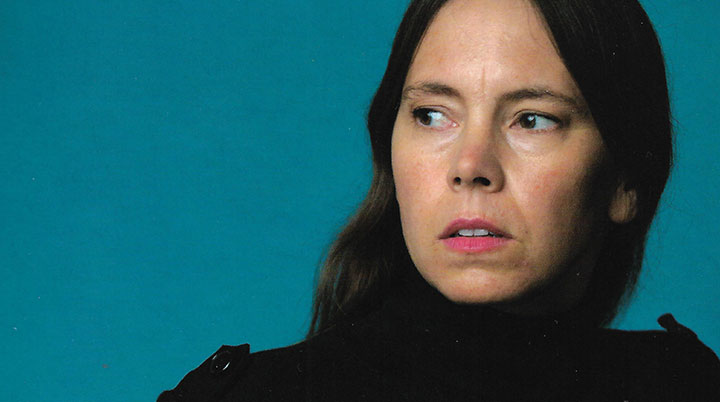 With a vocal style that has been compared with the likes of Amy Winehouse and Peggy Lee, it’s quite surprising that Bronwynne Brent hasn’t yet progressed in popularity beyond a hardcore of fans. Let’s be clear from the start. Those fans that have been drawn in by her first two solo albums, ‘Deep Black Water’ and ‘Stardust’, will find that her latest release ‘Undercover’ does not disappoint. So, what is there to tempt others on board?

Coming from the Mississippi delta, she draws widely from the different musical influences of the southern US states for an album that has plenty of variety. Brass, strings, soulful funk, swinging pop rhythms, reflective ballads; there’s everything that you might need from an album largely made up of her own compositions. Whilst her earlier albums have also come with a full band production, ‘Undercover’ is the most lavish and widely influenced of her records to date.

Top of the favourite tracks pile and nearly chosen by Brent as the title of the album, ‘Raincoat’ delves into the fragility of physical relationships summarised in the lyric “I gave you my body, you gave me a raincoat”. Its gentle lilting melody melding into some scat singing sits juxtaposed against the bitterness of wisdom within the lyric using a style familiar from those earlier albums. A similar look at personal relationships is found on ‘Big Talker’ with its 60s influenced guitar motif and pop hook making it sound like an REM song. The track also shows that she has a way with words though nothing quite matches the putdown on the title track, “making love to a rattlesnake has got to be bold”.

Whilst the above tracks focus on the role of male partners in relationships, Brent can also be found regularly in heart on sleeve mode such as on ‘Walking Relapse’ with its slinky funk and tasteful keyboard work. Perhaps, unsurprisingly, the album closes with a somewhat reflective and joyful ‘I Walked Away’ with its chorus chiming with “I don’t regret a single word I say”.

In terms of the two covers here, she includes a brassy arrangement of Chuck Willis’ ‘Whatcha Gonna Do When Your Baby Leaves You?’ Her, initially surprising, second cover selection is the Jacques Brel song ‘If You Go Away’. Adapted for English speakers from the French language original (‘Ne Me Quitte Pas’) by Rod McKuen; its lyrics, sensitive vocals and underlying string arrangements fit perfectly into her sad but hopeful perspective of the ups and downs of relationships.

Whilst the title of this new Bronwynne Brent record is taken from one of its thirteen tracks, it is a somewhat ironic choice. Let’s hope that this new album reaches more ears and is less under cover than its predecessors. This is another excellent record that deserves a wider listen – tell your friends.