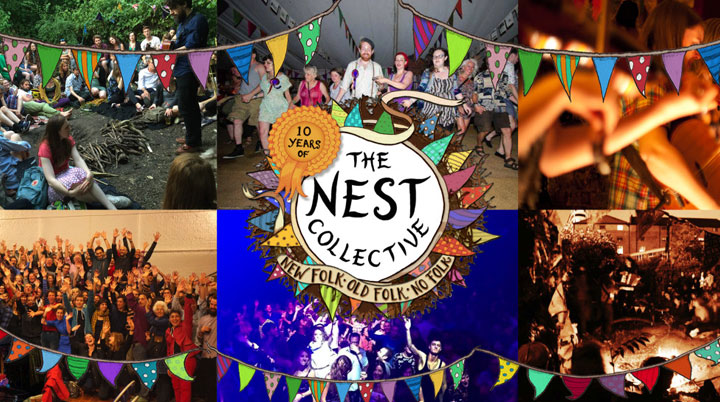 The Nest Collectives 10 Year Anniversary Unamplifed Festival at Master Shipwrights Palace (Deptford), 23rd April: 4pm till 12am. The Nest Collective have always felt that the experience at their shows when there are no microphones have always been the most intimate and special so they have created an entire festival on those conditions. No sound checks, no waiting for bands to plug in; just pure continuous music over 5 areas.

The event will be the 10 year celebration of the Nest Collective and is located on the banks of the River Thames, in the 17th Century Master Shipwrights Palace in Deptford. Concerts will happen throughout the house’s grand rooms, riverside boathouse and round the campfire.

With over 30 performances in 8 hours, it’s going to be like no other music event…