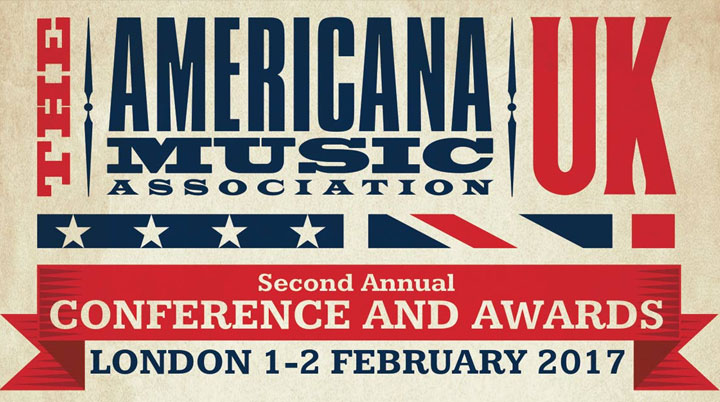 The Americana Music Association UK has chosen celebrated singer-songwriter and guitarist Richard Thompson to receive its highest honour, the UK Americana Lifetime Achievement Award, in recognition of his contribution to the Americana genre over the span of his career and life in music.

Acknowledged as one of the world’s greatest guitarists and most prolific songwriters, Thompson has been a ground-breaking force both in terms of his own acclaimed albums and live shows and his influence on other musicians.

Thompson commented: “I’m deeply honoured to receive this award. My heartfelt thanks to AMA-UK.”

The announcement took place at the press launch for the 2017 UK Americana Awards, held at Gibson Studios in London on 15th November and co-presented by Imelda May and Baylen Leonard. The nominations shortlist for the seven membership-voted Awards was also announced and the winners will be revealed at the second annual Awards show on Thursday 2nd February 2017 at St John at Hackney. The show will be hosted by legendary broadcaster Bob Harris and will feature performances from nominees and award winners, including Richard Thompson.

The awards show also coincides with the first anniversary of the Official Americana Albums Chart, which was launched this year by the Official Charts Company in partnership with the AMA-UK and is published each week on OfficialCharts.com. To celebrate the occasion, the best selling UK Americana album of 2016 will be recognised with a special award.

The UK Americana Awards are part of AmericanaFest UK, a two-day event which will also include an evening of showcases on Wednesday 1st February featuring 20 bands playing in various venues around Hackney and daytime conferences on both days.