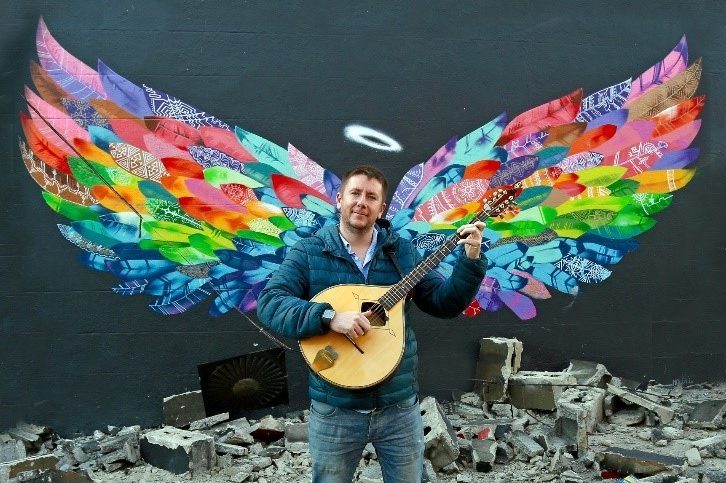 It’s been a whirlwind for Daoirí (‘Derry’) Farrell over the last three years. In January 2016 he launched his solo career with a low-key show at Celtic Connections festival in Glasgow. In January 2019 he will return to the festival, this time to lead an all-star line-up in one of the festival’s biggest venues.

So how the meteoric rise? Simply a word-of-mouth excitement about what Dónal Lunny has described as, ‘one of the most important traditional singers to emerge out of Ireland in the last decade.’ A run of small dates across the UK in May 2016 was preceded by a live session on the BBC Radio 2 Folk Show with Mark Radcliffe and suddenly everyone was talking about Daoirí. A few festival performances in summer 2016 was followed by a longer UK tour that autumn and the release of a new album ‘True Born Irishman’, nine years after he had quietly released his debut ‘The First Turn’.

‘Farrell has created quite a buzz in Ireland…it’s easy to hear why. His powerfully unadorned vocals might be from any era, variously recalling Paul Brady and Andy Irvine…it’s a powerful statement.’

What followed the release of ‘True Born Irishman’ has been a catapulting of a career so far forward that Daoirí is now a name to conjure with in folk music circles, at home and abroad. He was invited to play Other Voices in November ’16, toured Australia in Dec/Jan ’17 and in February ‘17 he received three nominations in the BBC Radio 2 Folk Awards, leading to him being invited to play at the awards ceremony at The Royal Albert Hall in London, where he won the awards for best traditional track and the Horizon Award best newcomer. That was a stop off date during another yet longer UK tour, and then the next week he was back in Australia to play the National Folk Festival. There were small Irish dates starting to come in too and the summer brought festivals in Canada, Belgium, Denmark, Portugal and a first performance at Cambridge Folk Festival where he was immediately rebooked for the following year.

‘Daoirí played for ninety minutes. Watching, caught in the enthralling flow of the music, it felt like twenty.’

Live review by From the Margins

In autumn 2017 Dónal Lunny, a music hero of Daoirí’s, agreed to produce his next album. Recording took almost a year and in the meantime, Daoirí was not only invited back to Celtic Connections with a larger line-up but was also invited on to the all-star Transatlantic Sessions UK tour in February 2018, playing to audiences of 2,000 or more each night. A showcase at Folk Alliance in Kansas followed the same month, as did further UK and Irish touring that spring and autumn. The summer saw festivals in the Czech Republic, Ireland, the UK, France and the USA. Meanwhile the video of his unforgettable performance of ‘The Creggan White Hare’ was clocking up over 800,000 views on Youtube. In October ‘18 he was invited to perform at the first ever RTE Irish Folk Awards held at Vicar Street in Dublin and broadcast live by RTE.

Of course all this success wasn’t as sudden as it appeared. Daoirí had spent most of his twenties studying traditional music at respected colleges across Ireland, having given up his original profession as an electrician for a career in music. He had performed as a backing musician with most of the greats of Irish music before he had graduated with his masters in Irish Music Performance from the University of Limerick.

On 15th February 2019, the next stage of his blossoming career sees the release of the album made over many months in studios in Dublin and Donegal with Dónal Lunny, and with brother Manus Lunny taking engineering duties on much of the album. A first single ‘The Galway Shawl/Rosie Reilly’ was released to radio ahead in autumn ’18 ahead of the album itself and was immediately played on the BBC Radio 2 Folk Show. 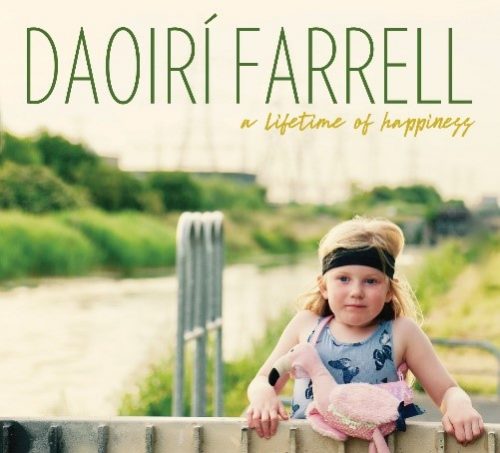 ‘This is my third solo album and it feels different, somehow more grown up. That for me is partly down to the song choice. Each song was very carefully chosen and each is beautiful in its own way. I really enjoyed the process of searching each one out and arranging them all.  And I feel blessed to have had the opportunity to have recorded it with some of my favourite musicians.’