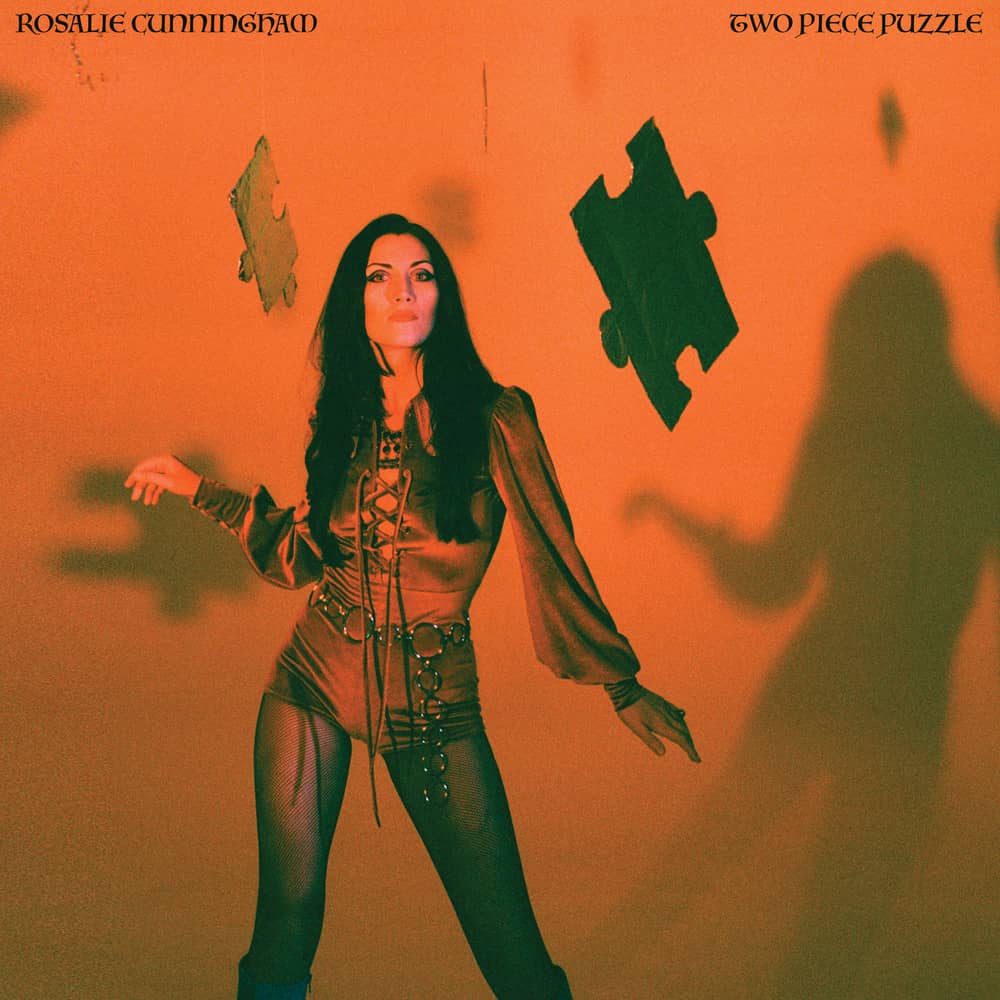 There was a time when you could have hung the prog banner over Rosalie Cunningham’s repertoire and no one could accuse you of pigeon holing and whilst the influence is still obvious on this second solo effort begun pre pandemic and completed with partner Rosco Wilson, she’s pushing outwards and bringing in all manner of homegrown influences.  It may be an assumption but at a guess I’d say she’s digging in her own backyard there is so much on here that is rooted in British soil and culture from the obvious like getting Fairport’s Ric Sanders to play fiddle to the definite traces of Beatles stylings and sentiments of Ray Davies circa ‘Waterloo Sunset.’ Mix all that in with earlier intentions and you know the lady’s flying.

Her signature vocals are most effective where the music’s taking risks, ‘Duet,’ with music hall rhythm and 10cc type pop interludes, ‘Tristitia Amnesia,’ with its sitar drenched eastern backing could have been a George Martin production, there are loads of folksy touches around ‘Donavan Ellington,’ and sequel track ‘Donny Part II,’ which include a dose of reeling and pure slices of 60s folk rock guitar. Then there’s the acid folk calm of ‘God Is A Verb,’ which could put you in mind of a modern Sandy Denny if you listen closely, but hey I’ll leave you to find your own links and maybes.

It’s a multi layered creation which will mean different things to each individual listener. The quality however is never in doubt, Rosalie  Cunningham is climbing higher on the ladder with every release. A compelling album and no mistake.