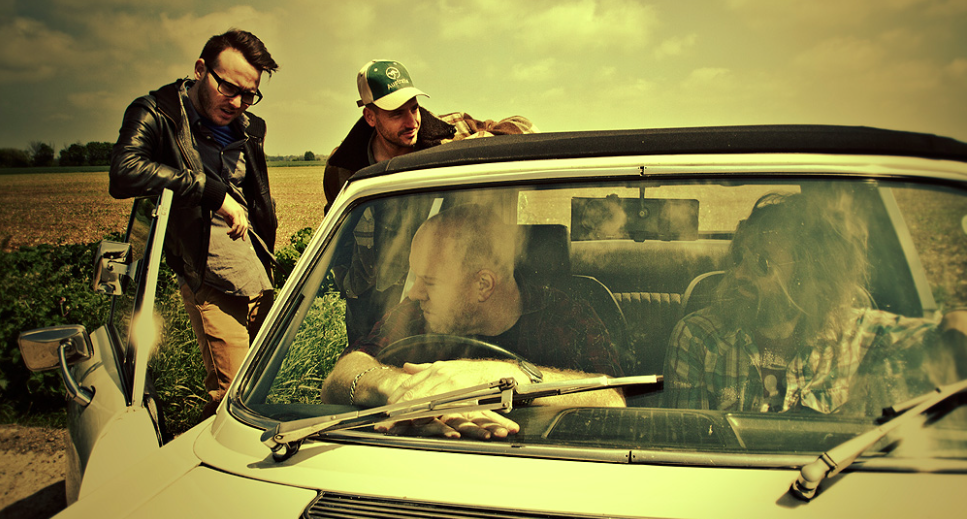 After an impressive 17 years together, seven studio albums and over a million records sold worldwide, they might be excused a bit of downtime. But no…….the estimable London 4-piece Turin Brakes have announced their eighth studio album ‘Invisible Storm’ coming in January 2018 on Cooking Vinyl, followed by a major UK tour.

2016 saw them back lighting up the airwaves with national radio playlisting for three singles from critically acclaimed album ‘Lost Property’ coupled with a packed schedule of touring. Yet all along the way new material kept bubbling through. New songs kept popping up, in soundchecks. Light-bulb moments materialised in midnight sessions in hotel rooms or in any spare moments found.

The band – founder members and former primary school friends Olly Knights and Gale Paridjanian, along with longtime bandmates Rob Allum and Eddie Myer – quickly decided to catch that wave. Completed by producer Ali Staton they all returned to their favourite bolthole – Rockfield Studios in the Monmouth Valley, where they could absorb the vibes left hanging in the air by a long line of musical mavericks, sit down at the piano where Freddie recorded ‘Bohemian Rhapsody’ and let the music take shape, revealing the next stage in the journey.

Invisible Storm is big-picture music played on a small screen, refracted through lyrics that embrace the personal and the universal, without offering the comfort of easy answers.

Formed in Balham South London, Turin Brakes released their Mercury Music Prize nominated debut album The Optimist in 2001 followed by Ether Song in 2003 which featured the top 5 hit single Pain Killer (Summer Rain). One of the finest indie bands of the last decade with 7 top 40 hits to their name, Turin Brakes are a band that’s weathered many Invisible Storms, that are sure of who they are and what they’ve set out to do, and know that there’s always a story left to tell…

They are touring the album from them end of May…..