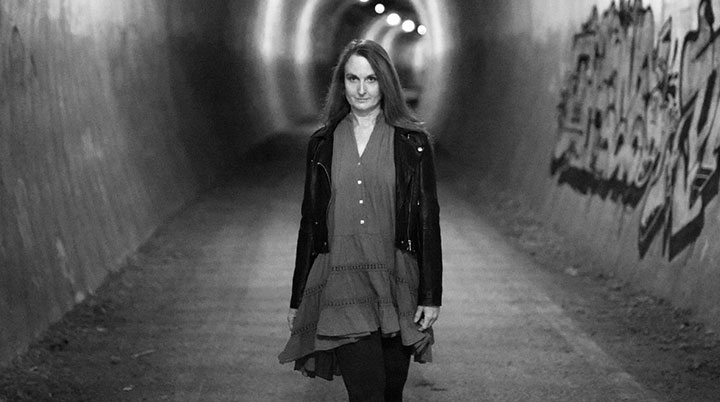 Unlike a lot of people Nancy Kerr has been just as active during the pandemic as she was before it shook everything up. Not only has she been busy helping launch/maintain the profile of roots rockers Magpie Arc but here she’s dipped into Britain’s engineering, past, present and future. Commissioned by the British Tunnelling Society – yes, such an association does exist – she’s written an E.P. of five tracks around their life, lore and potential. Celebrating their 50 years of existence she’s managed to connect folk music and civil projects.

I’ve lost count of the numbering of finger wagging protest songs that rail against the construction of new by passes, motorways, railways…. fill in your favourite here. Usually they’re full of dire warnings and a list of calamities that will befall the natural world, these songs break that unhappy trend in that they’re vibrant, melodic and accurate.

Nancy Kerr deserves more credit as a song writer, take ‘Gettin’ A Rise,’ which is based on the old Albion Dance Band number ‘Hoppin’ Down In Kent.’ It’s a roustabout concerning the construction of the Dartford Tunnel. There are a couple of jigs, one of which is titled after a famous tunnelling worm, probably the only time you’ll tap your feet to a tune named after a mini beast. Final track ‘ Walk My Boots Clean,’ is a justification for all the skills and work of the people who built and those who maintain these structures.

Kerr’s backed by a first rate band involving her Magpie Arc band mate Tom Wright and her regular partner James Fagin who flesh out her work with skill and aplomb. All told this is an engaging and enticing release, cross fingers she’ll be around gigging the material as soon as possible.