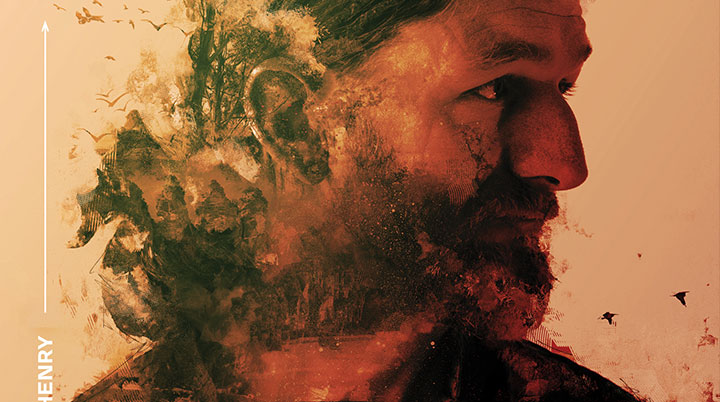 Phillip Henry is best known for his more recent duo work with Hannah Martin in Edgelarks. However, he’s been busy honing his skills as an instrumentalist for several years. Yet, ‘True North’ is his first solo album and it acts as a celebration of his various musical travels since leaving his origins in Chorley, Lancashire.

His journey took its most dramatic turn when, ten years ago, he went to study in Kolkata under Pandit Debashish Bhattachary, master of the slide guitar. Certainly, we see this on a record which is infused with some Indian spice and has less of the beatbox and harmonica that you might have heard live within Edgelarks.

The record is truly a solo recording without the input from friends and supporters that he’s met on the way. In roughly equal measure, it mixes instrumentals and songs that he’s picked up on route and adapted to his style. Instrumentally, he kicks off ‘True North’ with the delicately picked Tim Edey tune, ‘Little Bird’ which immediately signals the quality of his playing. Later, that Indian influence is to the fore on ‘O’Carolan’s Welcome’ with a swirling introduction played on the 22 string, harp like chaturangui prefacing a haunting piece written by itinerant harpist Turlough O’Carolan.

On the songs front, he picks out the blues of Blind Willie Johnson on ‘I Can’t Keep From Crying Sometimes’ before blurring this into a song that was a hit in the electronic dance scene, ‘Not Over Yet’. It’s that ability to draw from almost diametrically opposed musical worlds and turn them into something of his own that offers one of the strong appeals on this record. Mind you, he also knows when to pick a song and just slightly shape it to his style as he does with the fabulous ‘Brother Wind’ written by Tim O’Brien.

It’s a fascinating record of one man’s journey from the north through to his ‘True North’. Whether you play an instrument and want to sit and marvel at Phillip Henry’s virtuoso instrumental skills or just want to listen to some carefully crafted songs, there is something for all on this record. What more could you want?