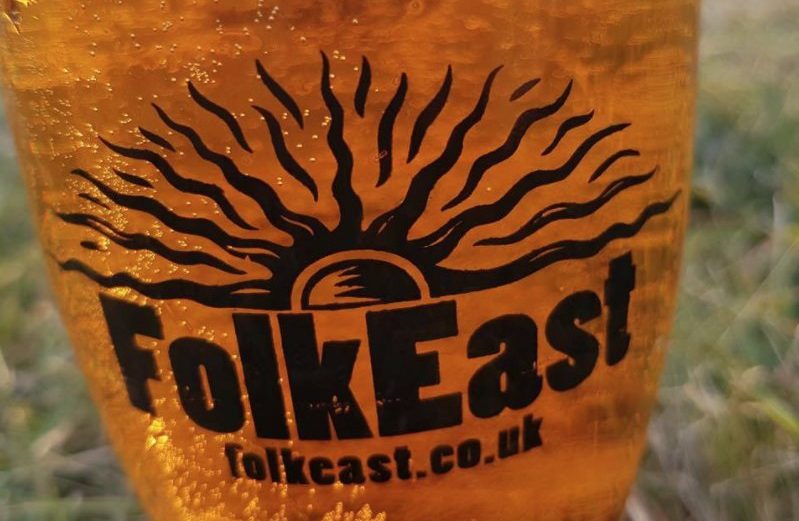 Back on track after a two-year wait, England’s most easterly folk festival, FOLKEAST, pulled off a spectacular and emotional reunion last weekend (August 20-22).

The delayed ninth FolkEast returned to Suffolk’s glorious Constable-esque grounds of Elizabethan Glemham Hall in a ‘reimagined’ streamlined, slimmer, spacious and COVID-secure way – with most of the original 2020 line-up preserved.

Co-directors John and Becky Marshall-Potter were delighted to welcome back some 6,500 festivalgoers to what has become one of the top choices on the folk festival calendar. 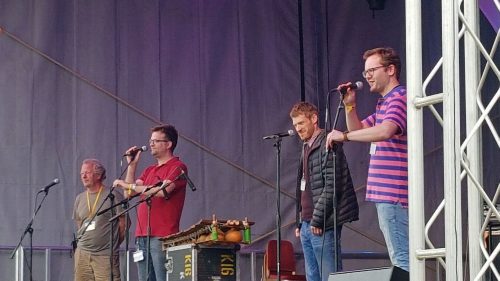 Following months of uncertainty, the couple decided to forge ahead, despite the lack of any Government cancellation insurance scheme at the time.

With the weather mostly on side and a new site layout the FolkEast flame was firmly rekindled. The two open-air stages witnessed memorable performances by myriad musicians, many of whom had not played live together for over a year and stand-out performances from headliners Elephant Sessions, Afro Celt Sound System and Merry Hell. 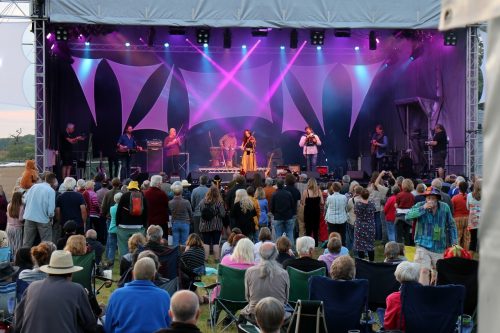 Said Becky: “It was just wonderful to open the FolkEast gates once more and witness the joy of both audience and performers being back where they belonged– celebrations don’t come much more special than that.

There’s no denying it has been a stressful time. Even after the July lifting of restricted numbers of people at live events, we decided to keep the event smaller – so people felt safe and had no problem respecting each other’s space. Building confidence in festival goers was never going to be an overnight thing

A full moon in the sky was an unexpected addition to the line-up each night, making the site so atmospheric, especially when the Afro Celts were on stage performing their number Dark Moon, High Tide and asking the crowd to shine a light for absent friends – a moving moment.

It was a joy to reunite the FolkEast community who have been so supportive through the dark days, from generously donating to our crowd funder to taking part in last year’s Virtually FolkEast. We have been really touched by the positive feedback from festivalgoers who were so happy and ready to celebrate the return of the festival – it has made all the sleepless nights worthwhile.”

One of the festival’s famous emblems -the mythical half Jackrabbit, half antelope ‘Jackalope’ – did at first seem to be conspicuous by its absence. However, when he appeared, he made a topical statement – he was shielding, sporting a black mask! 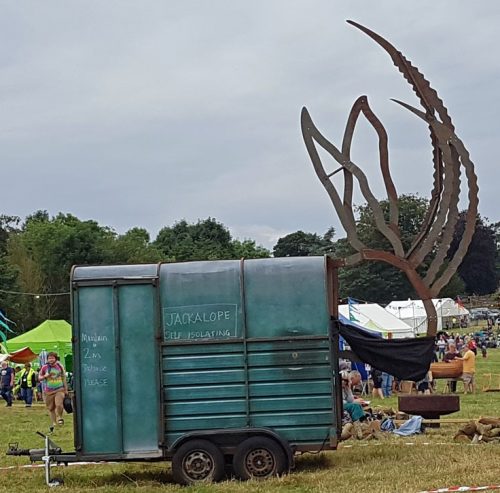 And, lighting up the night sky was a mesmerising colour-changing art installation, originally from Kew Gardens. 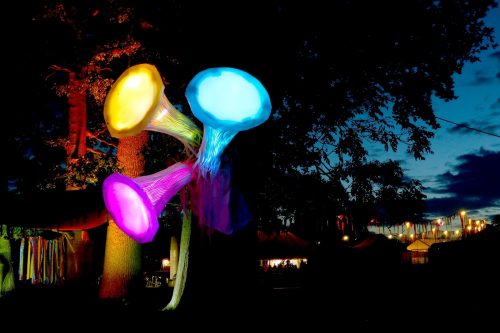 Festivalgoers and 2021 artists alike have been quick to make their feelings known on social media.

“I loved FolkEast. Relaxed, friendly, in a great location with masses of space and a really strong line-up – from Peter Knight’s Gigspanner Big Band to the Afro Celts. A great weekend that really lifted the soul after months of lockdown” – Robin Denselow Journalist/broadcaster

“The return of FolkEast to Glemham Hall in Suffolk was an emotional, joyful event. So proud to be patrons of this amazing festival” – The Young’ uns

“Thank you from the bottom of our hearts for having the courage to host the festival in such challenging times. You made a lot of people very happy” – Peter Knight’s Gigspanner

“How in this difficult pandemic world did you manage to give us music of such high quality? I can still hear it. Truly a festival to remember.”

“There’s a lot of awfulness around at the moment but for three days the good people of FolkEast have bent over backwards to make the world a better place.”

“After all the privations of the last eighteen months FolkEast was an absolute joy – brilliantly thought out to give everyone space. Thank you John, Becky and everyone who made it possible. Roll on No 10!”

“Thanks to everyone involved – it must have been a particularly scary path to this year’s festival but you held your nerve, got some fabulous musicians and gave us a great time.”

“Thanks so much for a wonderful weekend of music and fellowship. It was restoration for the soul after a hard year.”

Now it is all systems go for 2022 when FolkEast pulls out all the stops for its landmark 10th anniversary (August 19-21). Plans are already afoot and Early Bird tickets go on sale October 1. Ahead of that, those that attended and registered this year, will be able to apply for discounted 2022 tickets from September 1.