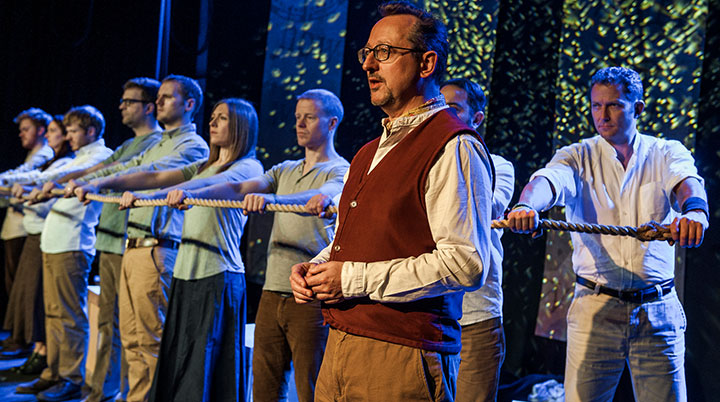 A dear friend of mine once bumped into a bewildered looking Peter Bellamy at Preston Bus Station and directed him to The Unicorn pub where he was engaged to perform. Many years later, on this 2018 night, I found myself near to the very same bus station but, this time, I was at Preston Charter Theatre to see a celebration of Bellamy’s work, The Transports. Going from the local folk club to being feted at one of Preston’s major venues just confirms how the late Bellamy’s work is now seen by many as a musical masterpiece.

His original ‘folk opera’ has been revived before on various occasions but, 40 years on, Paul Sartin (Belshazzar’s Feast, Bellowhead) has overseen the musical arrangements for this touring performance. It had already had a run in 2017 which resulted in a live recording being available for these 2018 dates and for those unlucky ones who missed this particular production altogether. 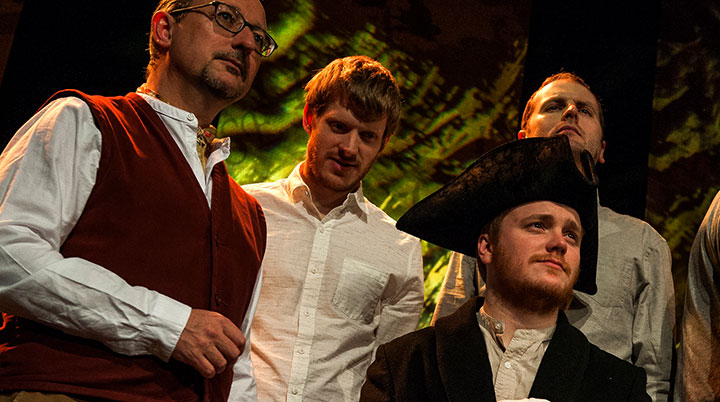 Whilst it was an unwelcoming night outside, the same can’t be said for the performance inside. The outstanding line up for the show included The Young’uns, Faustus, Nancy Kerr, Rachael McShane, Greg Russell and Matthew Crampton. There were standout musical moments when David Eagle played the desperate man leading others astray – a natural role some would say. Nancy Kerr was as delightful as ever playing the exile’s mother and Saul Rose exuberantly led the merry throng in the closing shanty. It was all about the music and less about the theatre which may have disappointed anyone expecting this to be Les Misérables for folkies. Thankfully for the cast, the standing ovation at the end suggested the majority were there for the music. 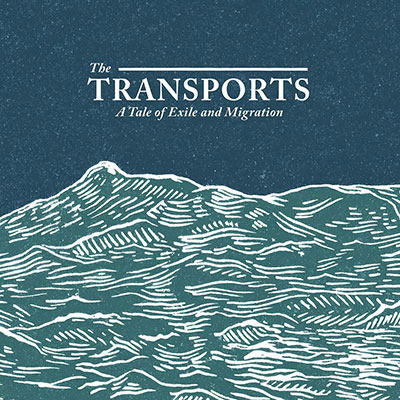 Whilst hats should be doffed and forelocks tugged for the arrangements pulled together by Paul Sartin, it was Matthew Crampton’s spoken dialogue that held the piece together for those unfamiliar with this tale of exile to Botany Bay. Having said that, there will be some folk purists who feel that this was an unnecessary addition to Bellamy’s original work. Personally, it saved me having to try and work out the tale from a series of songs that loosely laid out what was happening.

The narrative that held it together also integrated the tale into a modern day picture of both trouble in the prisons and the difficulties of mass migratory movements. Crampton’s meticulous research into local activities in supporting needy migrants was apparent in the dialogue and made suitable introduction to Preston City of Sanctuary who were available to explain their social role in the foyer. Again, purists may feel that this was an unnecessary twist but given that the tale itself is hardly War and Peace in its length or complexity, I was happy to hear these connections being made. Any reminder that there is a constant struggle in the politics of helping others in greater need is fine by me. Sing up, speak up, that’s my suggestion and thanks to the cast for the reminder.