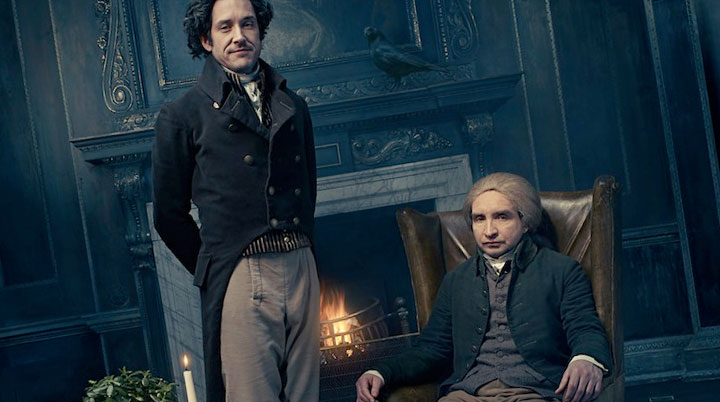 The first trailer has been released for the BBC adaptation of the Susanna Clark novel ‘Jonathan Strange & Mr Norrell’. If you are unfamiliar with the novel it is a fantasy set in an alternative history around the Napoleonic Wars period. It is set in an England where magic once existed and has returned via the two men of the title.

‘The reclusive, miserly, lonely Gilbert Norrell has been shut away for most of his life in a vast house in Yorkshire: Hurtfew Abbey – inherited from a rich uncle when Norrell was still a young man, orphaned and alone in the world. One day, young Gilbert found a scrap of paper from a magical book in his uncle’s library. It made him dream of becoming a magician, and of restoring magic to England. Over the intervening forty years, Mr Norrell has dedicated himself to collecting every single book of magic in the country, and to becoming the first practical magician that England has seen for over three centuries.’

The book itself reads somewhere between Harry Potter meets The Prestige, written in a 19th Century style that Jane Austen fans would like. When published in 2004 the debut novel became a bestseller.