Tides Of A Teardrop – Mandolin Orange 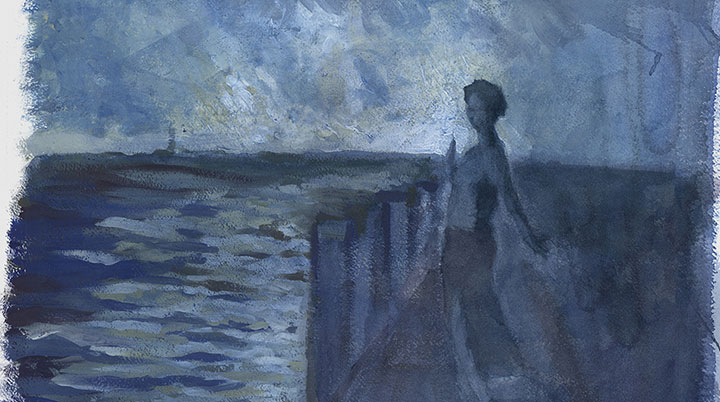 There’s been a growing fan base over recent years for the plaintiff bluegrass of the North Carolina duo, Mandolin Orange. Their new record, ‘Tides Of A Teardrop’, has them developing that sound into one that leans more towards a band. It’s a risk in that there are more musicians handling their fragile but beautiful style. Thankfully, their sympathetic approach to arrangement has turned up trumps.

Andrew Marlin is the one largely behind the songwriting with his partner, Emily Frantz, being the provider of multi-instrumental skills. However, it’s the round the campfire intimacy of the duo that has been one of the core elements developed over previous albums. One listen to ‘Into The Sun’ with Frantz taking the lead vocal and Marlin on harmony will convince you that it’s one of their ace cards and has not been lost when drums and electric guitar join the mix.

‘Golden Embers’, the opening track, further proves that point. With Marlin taking the lead vocal across a backing that includes some understated drums and organ amongst the usual guitar, fiddle and mandolin combination. It’s a standout track with an interlude that includes the jazz flavouring of double bass and plucked strings. Nevertheless, it keeps that fragile and sorrowful mood with lyrics reminding us of the consoling nature of memory.

There’s a sadness that pervades the record as Marlin’s writing has drawn a flow of inspiration from when his mother passed away when he was aged eighteen years old. It would be a hard hearted listener that didn’t find a tear in their eye when listening to the lyrics of ‘Suspended in Heaven.’ More obtuse in its references to loss is ‘Mother Deer’ with a stream of consciousness style of lyricism to the fore. Again, they return to that theme with the closing ‘Time We Made Time’ where there is a solid recommendation to value your nearest and dearest and live in the moment.

Overall, theirs is a musical approach that tiptoes its way between bluegrass, folk and blues appealing to those of you who find that the beauty around sad music makes you happy. Certainly, compared to previous records, ‘Tides Of A Teardrop’ offers up a fuller and richer sound but it’s one that doesn’t lose the delicacy of Mandolin Orange’s music.