This Heart Will Self-Destruct – Bob Collum and the Welfare Mothers 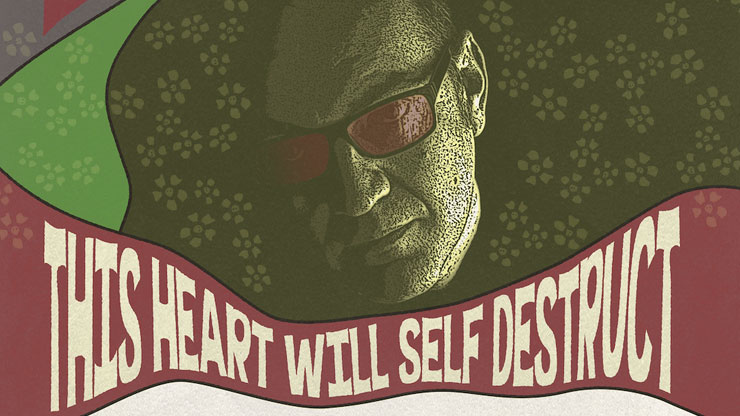 Born in Oklahoma, but now resident in Essex, Bob Collum’s American and British influences are displayed for all to hear on this album, which has a lot in common with cult Springfield, Missouri’s The Skeletons and the UK’s Rockpile.

The Buddy Holly “Midnight Shift” shuffling rhythm guitar of opening track “Parachute” sets the melodic manifesto for the album. “Spare Me” -a funkier groove, which follows – features Peter Holsapple of The dbs and REM on B3 organ. There are elements of early Robbie Fulks in Bob’s vocals too, which is always a good thing to these ears! “Tall Glass Of Muddy Water” is again Fulks-like in its clever lyricism allied to ear-worm melody.

The one cover on the album, the Lieber-Stoller penned “Saved” lifts the pace just before halfway . In the live arena, it’s going to be a set closer or encore, for sure – this interpretation makes the most of the dynamics of the song to lift what could, in lesser hands be a thrash-through.

Things are taken down a notch with the gentler, melancholic “From Birmingham” featuring Mags Layton’s fine fiddle. The title track  is a good reflection of what the whole album is about – classic 60’s garage band rhythms, pop melodies and catchy choruses tell a sad tale – talking of which “Giving Up” is about someone who’s “keeping too much distance” – and our hero-singer isn’t going to let a restraining order put him off….whereas “Shake It Loose” takes a different view on knotted relationships, but again musically dressed in classic country/rock’n’roll big boy pants.

Final two tracks “Second Fiddle” with its descending and changing minor chords is reminiscent of Clive Gregson and Any Trouble, and “Garbage In, Garbage Out” is a swipe at someone who “only knew what you were talking about”; both tracks play skillfully with melody, rhythm and hooks, crafting a fine pop sensibility – excellent use of toms on the final track too from Paul Quarry. If you’re a fan of the likes of classic rock’n’roll and 60’s beat, The Skeletons, The Moseleys and Robbie Fulks you’ll love this, I did.