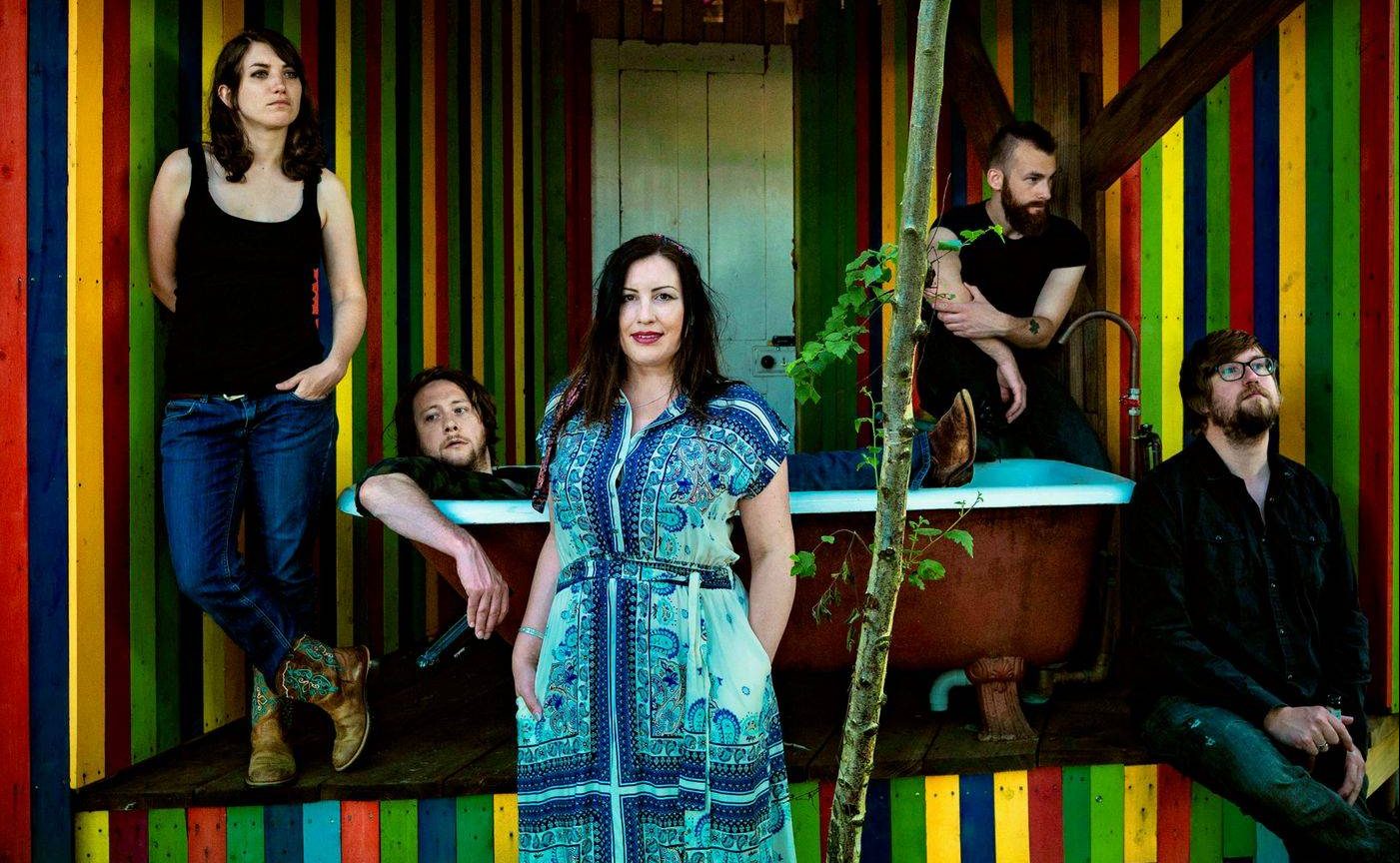 The Willows are a folk roots band from hailing from Cambridge,  who shot to prominence when their debut album Beneath Our Humble Soil was championed by legendary BBC DJs Mike Harding and Bob Harris, who subsequently invited them in for a BBC Radio 2 live session. Considerable national acclaim followed including 4.5 stars in Maverick and our Spiral Earth Award nomination for Best Debut. Their follow up ‘Amidst Fiery Skies’ (produced by Sean Lakeman) received a 5-Star review in the Telegraph and a spot in their albums of the year.

With numerous festival appearances from Cambridge to Glastonbury they grew a reputation as one of the UK’s most exciting live acts and continue to draw the crowds with their Americana and rock traditions and engaging songwriting.

Fronted by the distinctively tender vocals of Jade Rhiannon, the bands addition of  Katriona Gilmore (Gilmore & Roberts, The Albion Band) on fiddle to their line-up in 2017 has been a huge success, along with Ben Savage (Hannah Sanders & Ben Savage) on guitar/dobro, Evan Carson (Sam Kelly, Seth Lakeman)  on drums/bodhran and of course Cliff Ward on banjo/guitar, The Willows continue to entertain with the power and edge of their live shows.

“The Willows offer a polished update of Anglo-folk shot through with a streak of Americana..” The Guardian

They are releasing the opening track ‘Coda’ from their album Through the Wild as a single on the 1st November  – a folk-rocker that ‘delivers rich melodies and passionate lyrics on the passing of time’  and if that isn’t enough for all you Willows fans they will be sharing the video with you all on the 1st November, watch this space !!

Here they are to let you know their November Tour Dates: