The Ties That Bind – Mawkin 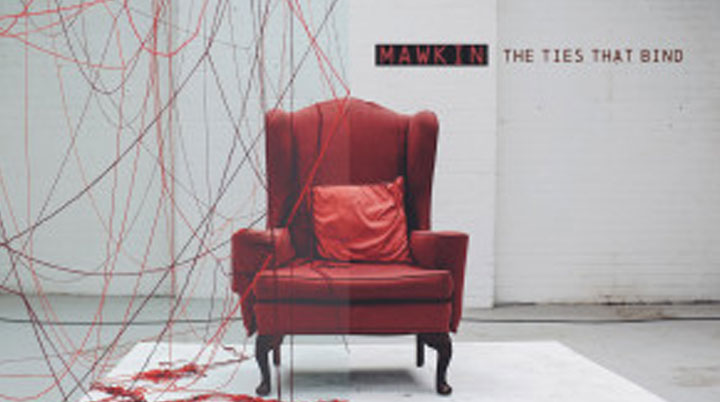 The art of folk rocking with taste and dexterity has latterly been Mawkin’s effective calling card which The Ties That Bind cements with considerable aplomb. It’s testament to a repertoire which whilst electric and edgy, is never once OTT or less than thoughtful. This is a well put together set, you can almost hear the considerred construction.

More trad centric than their other offerings, the opening I Can Hew celebrates the earthiness and honesty of Davey Dodds’ labouring anthem which began life as a metal folk hybrid in the repertoire of Red Jasper. The Delarre brothers and box player Nick Cooke provide melodic drive and direct vocal panache whilst the engine room of Danny Crump and Lee Richardson keep a relaxed but tight groove throughout. The rest of Ties spreads the net across Europe with a set of French dances and tunes sourced from Scandinavia, but it’s in the Brit folk slipstream that the most impressive moments lie. Jolly Well Drunk is one of those beery chorus numbers which celebrates sliding into the gutter as a hoot, but with precise and careful vocals avoids descending into singalong territory. In fact Searching For Lambs reminded me no end of early Oyster Band in its romantic, almost pastoral arrangement, John Jones would have sung it like that as well Mr. Delarre and that’s no light comparison believe me.

Material with connection is a theme which runs through the album though a first glance at the track listing doesn’t make it obvious and it’s only by unpicking the thread and following the well placed links this becomes clearer. However I’d say you should enjoy this one on any level, Mawkin, all over the festivals this summer and out on autumn tour are witty, respectful rockers and have potential in stacks. Catch them first chance that you get. Out on the Good Form imprint.