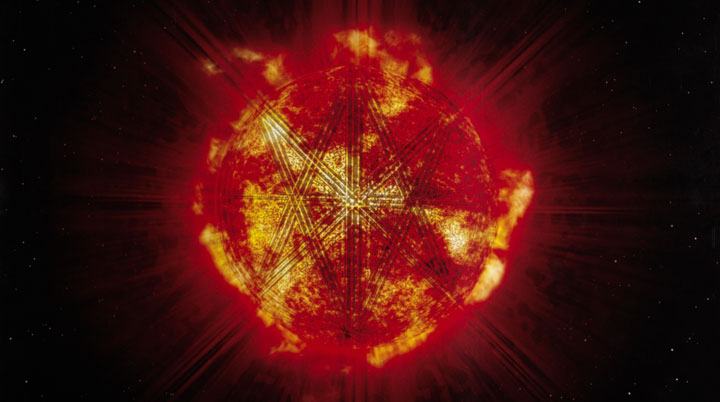 Disputes at present surround those claiming to be the soul and sound of the Afro Celts, such matters should not concern us here but sadly they do as the band assembled by Simon Emmerson is but one challenger to the name. No doubt there’ll be another Afro Celt Sound System along before too much time has passed, first blood though to Emmerson, who with collaborators N’Faly Kouyate and dhol drummer Johnny Kalsi has gathered a truly mouth-watering selection of musicians from Celtic and African sources to create a stirring cross cultural dance fusion and produce the first new music from ACSS in a decade.

Actually twenty years since their debut The Source widens the musical landscape, if that were possible, pulling to the centre myriad influences which must have been hell to mix and blend, well done Mass, Richard Evans and Dave Bottrill, there’s nearly 80 minutes of music so it’s a hefty investment. Not that ACSS music was ever what you’d call hasty when it came to albums, even their compilations were advance planning! What’s been created is an album that at its best is mesmerising with extra African emphasis where dark continent rhythms roll under spiralling Celtic pipes and whistle lines, all under scored by pulsing electronics, as on Cascade where Gaelic rapping and a Guinean female singing group Les Griottes add layers of vocal texture. Familiar names are in the guest mix, some previous participants, Davy Spillane’s pipes and whistle, ditto Emma Maycock and a goodly proportion of Shooglenifty, as well as wild cards like Griogair – now officially part of the fuller line up – whose ‘ghetto croft’ and war pipes no doubt add light and shade.

A Higher Love and Desert Billy have trad tunes (Monkswell Road/The Balcony) as their core and it’s here where the ecstatic mix is at its dizziest that multicultural potential overtakes and reveals exactly what glories the band can summon. Whilst the Afro Celts are known as heavy hitters and their use of samples, loops and sundry other electronic beats, at times Emmerson plays down the plugs and switches to let moments of acoustic beauty through where kora, talking drum, flute or vocal ride high, the pace slackens and you’re left with tranquil patches and glimpses of older traditions slip through.

The Source perhaps refers back to the exact moment that a Celtic/African jam session first came to mind, Emmerson if I recall a jaded acid house refugee, was asked to help out on a Baaba Maal recording. If that’s his inspiration then he’s rediscovered the well spring, even if some of the tracks are a little overlong and can feel a bit weighty, hey none of us are perfect, but the fact that Johnny Kalsi’s Magnificent Seven is an example of increased democracy within this set of Afro Celts is encouraging enough. Visuals are once more by Sex Pistols artist Jamie Reid, maintaining the artistic style and tone displayed on all their Real World releases.

Emmerson’s ACSS will be touring later in the year. Meantime The Source is music with resonance and big chops. What happens next we’ll just have to wait and see. Intriguing!