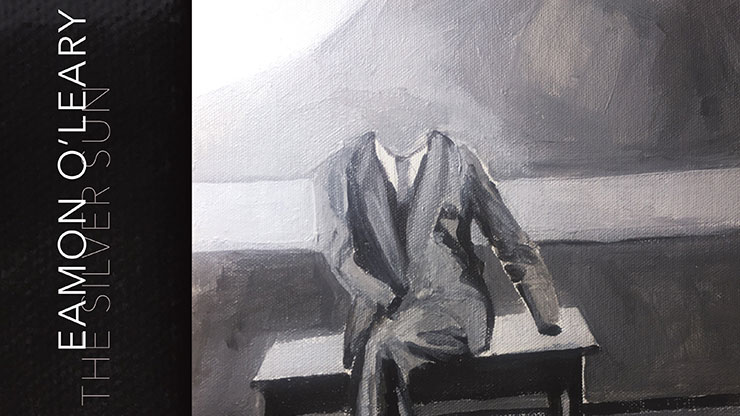 Following up on the release of ‘All Souls‘ in 2018 (reviewed here on Spiral Earth), Eamon O’Leary has delivered ‘The Silver Sun‘ for our enjoyment in 2021. Whilst much has changed in the world over that period, O’Leary’s approach to the new record has shifted little from its predecessor. Why should it? ‘All Souls’ was full of atmospheric chilled out production which is well suited to our current need for comfort that can offer relaxing moments in stressful times.

‘The Silver Sun’ provides nine tracks that are less obviously related to traditional folk music than the songs he recorded with Jefferson Hamer as The Murphy Beds. That’s not to say that O’Leary’s songwriting doesn’t have the poetic storytelling of the folk tradition but that it’s arranged in a more contemporary singer songwriter style.

Much of this comes courtesy of his chosen musical partners in the recording of ‘The Silver Sun’. Some of those chosen partners are returning on this new record after their successful efforts on ‘All Souls’. In particular, Benjamin Lazar Davis who is not only jointly producing with O’Leary but also giving of his multi-instrumental talents playing pump organ, mellotron, electric guitar, electric bass and piano.

Also a significant contributor is Elise Leavy, whose vocal sometimes provides a straightforward duet as on the exquisite ‘No Birds Sing’ but, more often than not, is both subtle and complex in delivering background vocals. Her contribution helps create the gentle atmosphere on such tracks as ‘For Another’. Other stand out moments this time around include ‘Passersby’ and ‘Bernadette’ – both songs about the ups and downs of personal relationships. The latter’s lyrics providing ‘the silver sun’ of the record’s title.

Like its predecessor, there’s an overall haunting sound to the arrangements on this record. While this offered a winning formula to ‘All Souls’ sufficient to gain critical acclaim, it deserved more attention from the wider public. Let’s hope that ‘The Silver Sun’ with its similar comforting style gets that attention.