The Rose Of Roscrae – Tom Russell 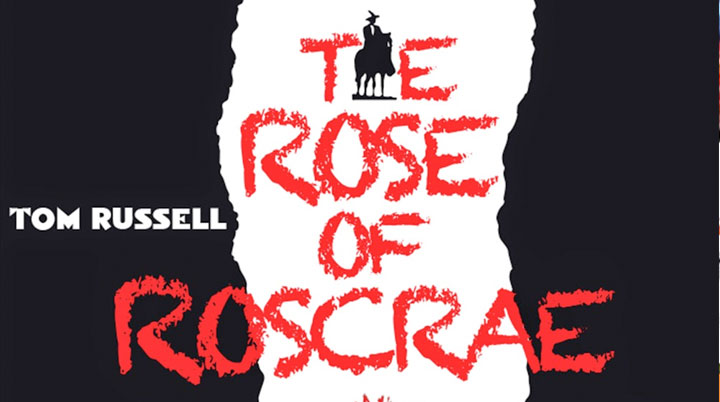 To call this ambitious is a bit like saying Terry Wogan’s Irish, a statement of the obvious. Russell’s a gravel voiced Texan purveying a dusty Americana, long a critical favourite, however this sprawling concept taxes all his creative facilities, to chronicle the West’s history with roots music. Filtered through the prism of an Irish immigrant determined to be a cowboy, its widescreen with a list of contributors as long as your arm. Varied? You bet, they all fall somewhere between extremes, folk icon A.L.Lloyd, Dan Penn, Walt Whitman and the Norwegian Wind Ensemble being some of the more unlikely. The cast is confounding, there wouldn’t be enough space in the whole review to name them but it all brings to mind a time when concept albums were tolerated and as this is, were normally doubles. (The Nitty Gritty Dirt Band seemed fond of them as I recall.)

The characters Russell pens and sketches are as varied as life itself, he doesn’t shy away from the darker aspects of times gone by, but he does balance the bleakness – and believe me there are lots of songs about death and dying – with splashes of hope, even romance. The Irish material which bookends the set is lighter and sees Maura O’Connell put to good use The Water Is Wide and the title track. Along the way, saints, sinners, outlaws, whores, cattle, Indians and Mexico crop up in appropriate guise, Sam Hall with Johnny Cash rocks and West Texas Montage Jimmie Dale Gilmore and Guy Clark in tow is atmospheric. Truth be told within the 52 tracks – yep 52 – there’s trad, ballad, campfire songs, old time, country, country rock, mariachi, gospel…. anyone who can’t find something to smile at must be stubborn or plain awkward.

As to whether it works, the jury’s still out, there could have been some clipping, the whole thing is long for listening and would probably worked better as separate releases over time. But you’ve got to give Tom Russell credit for trying and for creating something so single minded. Like Americana this is right up your alley, or should that be trail?