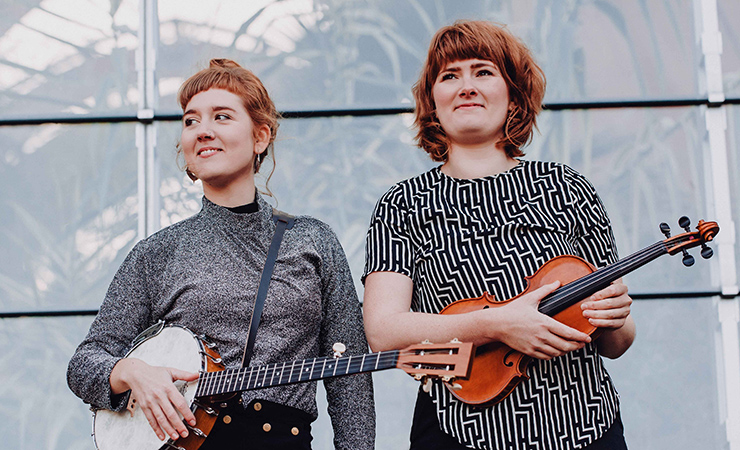 Nominated for ‘Best Band’ at the 2019 BBC Radio 2 Folk Awards, The Rheingans Sisters are one of the most visionary acts on the British folk scene today, creating playful, muscular and richly connecting music that is wholly contemporary while anchored in folk traditions.   Their new album Receiver , their first since 2018’s Bright Field, is an album rich with European and Scandinavian musical traditions.

Produced by Andy Bell (The Furrow Collective, Karine Polwart, Sam Sweeney) Receiver is their first release on the bendigedig label, the team behind Catrin Finch & Seckou Keita’s award-winning album SOAR. The album’s artwork, spread across a richly annotated 48-page booklet, is a collaboration with Anna’s neighbour, visual artist Pierre-Olivier Boulant, whose ‘solargraphs’ are pin-hole camera images made over long periods using everyday containers strapped to his balcony in Toulouse. Like the sisters’ music, these images are born of a patient and deliberate listening to the world to find an authentic expression of what’s being received.

The affectingly plaintive voices of The Rheingans Sisters are used sparingly on Receiver, befitting the impressionistic direction the lyrics have taken this time. These are songs where the natural world is a palpable surrounding presence, or the most vivid and enduring element of a memory. There are myths and rituals, beauty, sadness and quiet political anger. There are tunes for the turning season, tunes for home and sleep, tunes for and about dancing that pulse through this record with deep, strange drones and the shadows of feet. And there’s a tune (Urjen) learned over the course of three years from a 1935 recording of the legendary Norwegian musician Jørgen Tjønnstaul of which Rowans says, “There’s something beautiful and unexpected in two young women today, painstakingly examining the smallest details of this old man’s playing, long gone now.”

The Rheingans Sisters grew up in the Derbyshire (UK) village of Grindleford. After a childhood filled with music workshops and dancing (more often to chart pop than folk) they spent a considerable time away in Sweden, separately immersing themselves in the country’s traditional fiddle styles. Their reputation as innovators within the folk tradition was confirmed when they were awarded a 2016 BBC Radio 2 Folk Award for their original song Mackerel, followed by a 2019 nomination for Best Group in recognition of their mesmerizing and minimalist concert performances. 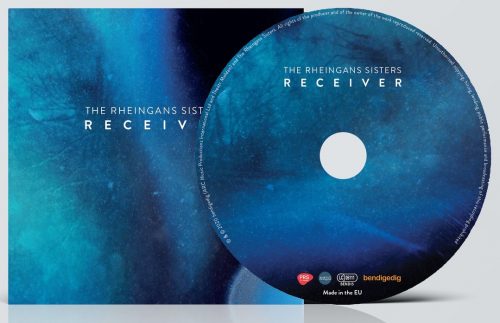 Receiver is The Rheingans Sisters’ fourth album together. It releases world-wide on 23rd October 2020.