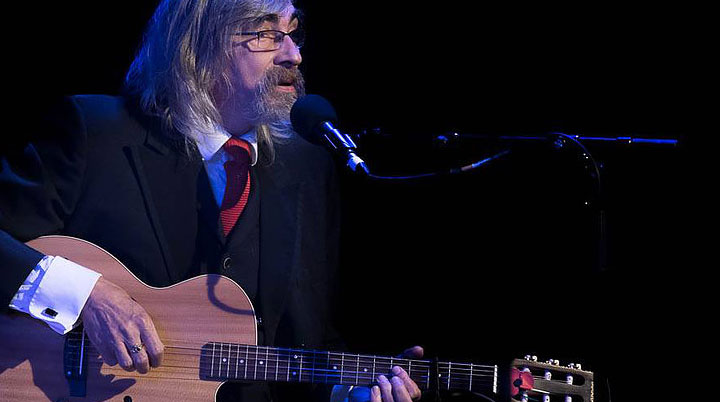 Arguably one of the most quietly effective and successful musicians to come out of the folk revival John Tams remains a man who deals in gritty authenticity not the bucolic cosiness which can often descend when talking about endemic music. Getting as close as any to a truly English rock form, first by pushing the Albion Band way beyond ethnic dance music and next with the formation of the exceptional Home Service and their unapologetic, gloriously leftist, communal agenda, thence to theatre, film, TV work and Warhorse, the man from Matlock’s unchanged even after working alongside Steven Spielberg! John Tams has never forgotten his roots, his people; I doubt he ever will.

‘The Reckoning,’ was his final offering in a three album run for Topic and this appears as they continue 80th anniversary celebrations as part of the Treasures series. It won all manner of gongs and awards on release and contains some stunningly creative music such as ‘ Amelia ‘ a forlorn shanty of longing and contrary wise emotion, the simple, emotional ‘Including Love,’ and Tams repost to narrow minded thinkers ‘ Safe House.’ “Come in, lie easy lay down your weary brow/ You’re welcome here kind stranger/ You’re in a safe house now,” he sings a hushed challenge to those indifferent to the need of others less fortunate. A small group of long trusted musicians, including guitar ace Graeme Taylor and touring oppo Barry Coope give melodic shape and form to Tams’ writing and arranging at its most cinematic on ‘ The Sea,’ a folk ballad collection dealing with the ocean and those who have and still do make living from it. Building from acapella to full throated rock roar, the centre remains John’s earthy vocal a voice that can find empathy and sentiment in the most unlikely of lyric and prose.

A remarkable work from a singular individual. Equally recommended his earlier ‘Unity,’ another essential piece of the Tams jigsaw. Long may he run.