The Path Of Stones – John Doyle 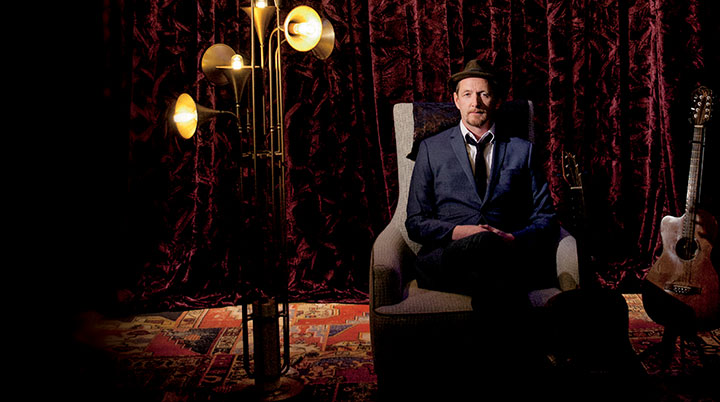 Irishman John Doyle’s talents as both guitarist and songwriter have been recognised by many people. He has worked with Karen Casey, Tim O’Brien, Kate Rusby, Alison Brown and Linda Thompson. He is a member of folk supergroup Usher’s Island with Andy Irvine, Paddy Glackin, Mike McGoldrick and Donal Lunny. He has also been working with the ubiquitous McGoldrick in a trio with John McCusker. As you see, he is welcomed on board by many fellow musicians. So, what of his latest solo work, ‘The Path Of Stones’?

This 2020 release adopts a typical format for Irish music records as it mixes instrumental tracks with songs including four of the former and six of the latter. The album starts off with the first single to be released, ‘The Rambler From Clare’, which uses traditional words set to a tune from Doyle. Listening to the other songs which are all fully penned by Doyle, his approach follows the folk tradition of telling the tale. Sometimes in a gentler style such as ‘Sing Merrily To Me’ or in more jaunty mood like ‘Teelin Harbour’. A similar breadth of presentation is found in the instrumentals with a full complement of airs, jigs, slip jigs and reels present.

The playing on this record is absolutely top notch and Doyle surrounds himself with the usual culprits to make sure of it. Sometimes, he takes on the arrangement by himself – for example, the title track has Doyle on vocal, 6 and 12 string guitar as well as harmonium. More often than not, you’ll find him accompanied by old pals such as Mike McGoldrick and John McCusker. Cathy Jordan pops up on a couple of tracks with her bodhran as well as adding a delightful harmony vocal to the beguiling ‘Lady Wynde’. All in all, if you like your Irish music, this top quality record is worthy of your investigation.