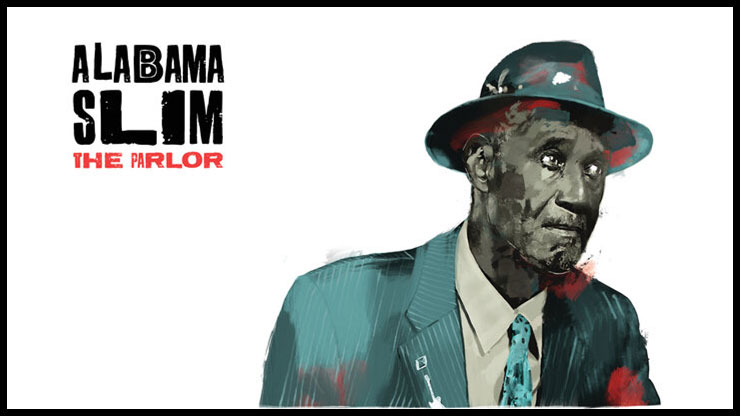 Recorded in a four hour session in New Orleans in 2019, that brevity is both the strength and weakness of this release. There’s a freshness about the recordings, especially Alabama Slim’s world-worn and gritty vocals but at times the players embrace what might be most kindly called a jazzy sloppiness – that’s particularly true on the opening track “Hot Foot” where both guitarists and the rhythm section appear to be at odds.

Things get a bit tighter on “Freddie’s Voodoo Boogie” a chunking talking blues featuring Little Freddie King on lead vocals, which benefits from the close mic-ed gruff voice. “Rob Me Without A Gun” is dominated by intimate slabs of swirling organ and late night guitar. “All Night Long” has a dynamic mix, when it might have been better to narrow the instrumental field and bring the vocals more to the fore for the sake of the song – instead, the listener’s ears are drawn to issues of timing which might be fine in a live situation, but which jar somewhat in recorded form.

“Forty-Jive” is on the jazzier side of blues, whereas “Midnight Rider” stumbles and starts along from a tight start to a hesitant rhythm. “Rock Me Baby” and “Someday Baby” take well-worn riffs and its only Slim’s voice which lifts them into interesting territory.

Overall, this is an album from another time – and recording it in modern ways perhaps hasn’t served it the best, as too much is exposed and laid bare – there are issues of quality control too in performance, timing and tuning. If you like your blues warts and all, though, then this is for you.