In recognition of the popularity of the folk music genre, the Official Charts Company announces the first Official Folk Albums Chart.  Launched in partnership with English Folk Expo’s Manchester Folk Festival and supported by Showcase Scotland Expo, the first chart will be revealed on 17 October 2020

The monthly chart is compiled using physical and digital album sales, downloads and streams, from UK and Irish musicians releasing folk albums within the past 18 months.  The chart is to be released on the first Monday of each month on OfficialCharts.com, englishfolkexpo.com and to subscriber mailing lists.  A monthly Official Folk Albums Chart playlist will also be available to stream on Spotify.

The very first chart will be unveiled at a special live-streamed event from HOME in Manchester on 17 October, the weekend which would have seen the fourth annual edition of the Manchester Folk Festival.  Hosted by BBC Radio 2’s Folk Show presenter, Mark Radcliffe, the event will feature performances from top UK and Irish folk artists, with more details to be announced.

Folk music is a broad genre taking in everything between acoustic pop and traditional music.  Folk artists including Laura Marling, Richard Thompson, Cara Dillon, Eliza Carthy, Karine Polwart, Kate Rusby,  Seth Lakeman, Eddi Reader, Sam Lee, Tide Lines, Frank Turner, Skerryvore, The Unthanks, Julie Fowlis, The Gloaming, Dougie MacLean (to name a few) have achieved significant profile in recent months and as  a result, the opportunity for a dedicated chart has become clear.  The Official Folk Albums Chart celebrates the genre in all its forms, offering a recognisable platform for this rich music.

The Official Folk Albums Chart follows the launch of July’s inaugural Official UK Afrobeats Chart which joined a list of genre-specific charts – including Americana, Jazz & Blues and Progressive – all genres characterised by a high percentage of independent releases. Indeed, according to new Official Charts Company analysis, over 90% of the best-selling new folk albums of 2020 are independent releases*, showing the potential for the new chart as a platform for discovery.

The Official Folk Albums Chart aims to do more than recognise the popularity of the genre. Running parallel with the chart are English Folk Expo and Showcase Scotland Expo’s initiatives for providing career development tools for emerging artists in the genre. Dedicated web pages addressing the need for profile enhancement and  chart inclusion will be provided.

“I’m absolutely thrilled about the launch of the Official Folk Albums Charts presented by Manchester Folk Festival” says Tom Besford, Chief Executive English Folk Expo.  “As a genre, folk covers thousands of artists at all career stages and it’s really exciting to see this represented for the first time by the Official Charts Company. For many artists, being recognised through chart placement can be an important step in raising their profile and building new audiences. Now more than ever, English Folk Expo and our valued partners including Showcase Scotland Expo are delighted to work with the Official Charts Company to develop initiatives like this to help to promote folk music.”

Martin Talbot, Chief Executive of the Official Charts Company says, “We are delighted to be supporting this fantastic new chart, celebrating all that is great about British and Irish folk music. The emergence of artists such as Laura Marling, Frank Turner and Kate Rusby as stars of the folk scene while also taking their place in the mainstream charts and award categories, illustrates how much love there is for this genre which is simultaneously one of the most ancient and contemporary genres in music.”

Musician Kate Rusby adds, “It’s fantastic news that folk music will now have its own officially recognised chart.  This will give hundreds of incredible musicians across the UK and Ireland the recognition they deserve.”

David Agnew, Artistic Director, Manchester Folk Festival adds, “in folk music the album is still an occasion, a work of art and a moment to be celebrated. With the current pause in live touring which normally supports new releases, we’re delighted to support the Official Folk Albums Chart in helping to increase audiences for folk artists in the UK and Ireland.”

Musician, Frank Turner, “As an artist who has at least one foot in the folk world, I am extremely excited by the news that there is going to be an Official Folk Albums Chart for the UK and Ireland.  It’s a genre that quite often doesn’t get the props it deserves from the powers that be and from the mainstream music industry, and at times that’s been incredibly frustrating. So, it’s wonderful to see the UK Official Charts Company giving it its backing…fingers crossed, at some point down the road I might even see my name in there!“ 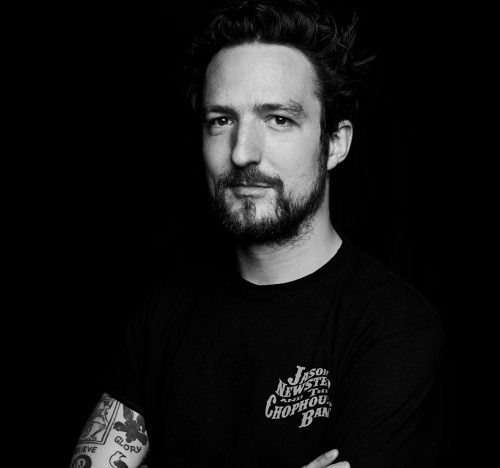 Rising star Jamie Webster says, “I wrote this album to tell a story about working class life, and that’s what I feel folk music does in a nutshell.  So, to be included in this year’s Top 10 Official Folk Chart to date  is a massive achievement for myself as it means my album has done its job and people relate to the stories I’m telling. Also, with no gigs at the moment it’s a great way for new people to listen to my music.”

“This is an exciting time for folk and trad music”, says Lisa Whytock, Producer of Showcase Scotland Expo, “The charts will help promote the profile of  musicians and will see them recognised for the sales achieved and quality of albums recorded. We also believe the charts will help with the exporting of artists, acting as a benchmark of standing amongst audiences in the UK and internationally.”

Mark Radcliffe, BBC Radio 2’s The Folk Show presenter adds, “Some people might say that folk and charts are odd bedfellows, but I don’t think so.  Whatever kind of musician you are, you want to be successful, and imagine the thrill, whoever you are, of being number one in the charts! I’m very proud to be involved with the Official Folk Chart and wish everybody involved with it lots of luck…. here we go!”

To offer a taste of what’s to come in the new monthly folk rundown, the Official Charts Company reveals the UK’s biggest folk releases of 2020 so far.  From Laura Marling and Jamie Webster to Shirley Collins and Seth Lakeman, it demonstrates the depth and breadth of the music within the folk genre, much of which enjoys mainstream success.

Laura Marling’s Song for Our Daughter scores the biggest folk album of 2020 so far, having amassed 18,000 chart sales since its release in April, and peaking at Number 6 on the Official Albums Chart.

Further mainstream Top 40 success came for 26-year-old Liverpudlian Jamie Webster’s debut studio album We Get By – the second biggest folk album of 2020 so far – which was preceded by a live EP, Boss, (7).

The Levellers scored their highest chart position in more than two decades in August when they scored a Top 10 placing on the main Official Albums Chart with Peace – the third biggest folk album released in 2020. Additionally, Kate Rusby debuted at number 12 on the Official Albums Chart with her lockdown covers album Hand Me Down, the fourth biggest folk album of the year so far.

© Official Charts Company. Based on sales and streaming data of albums released by folk artists in 2020 up to September 11.

*Of the 40 best-selling folk albums released in 2020, 92.5% were self-released or via independent record labels.

The Official Folk Albums Chart Launch presented by Manchester Folk Festival and hosted by Mark Radcliffe will be live-streamed from HOME, Manchester, 17 October 2020. Audiences can watch the live-streamed event, free of charge, via English Folk Expo’s Instagram, Facebook and YouTube.

Information about the charts, FAQs, links and downloads plus video tutorials are available as a resource to artists via a dedicated page  on English Folk Expo’s website.  The Official Folk Albums Chart is published there on the first Monday of each calendar month

When does indoor entertainment open?

*According to government plans

Some of the most renowned names in Scottish folk music will return to the stage this weekend, February 26-28, as part of CCM Live - a brand new, three-day...

The Spiral Earth directory of folk, roots, blues and world music festivals in Highland and Moray, Aberdeenshire, Perthshire, Fife, The Isles, Stirling and the...

This website uses cookies to improve your experience while you navigate through the website. Out of these, the cookies that are categorized as necessary are stored on your browser as they are essential for the working of basic functionalities of the website. We also use third-party cookies that help us analyze and understand how you use this website. These cookies will be stored in your browser only with your consent. You also have the option to opt-out of these cookies. But opting out of some of these cookies may affect your browsing experience.
Necessary Always Enabled

Any cookies that may not be particularly necessary for the website to function and is used specifically to collect user personal data via analytics, ads, other embedded contents are termed as non-necessary cookies. It is mandatory to procure user consent prior to running these cookies on your website.