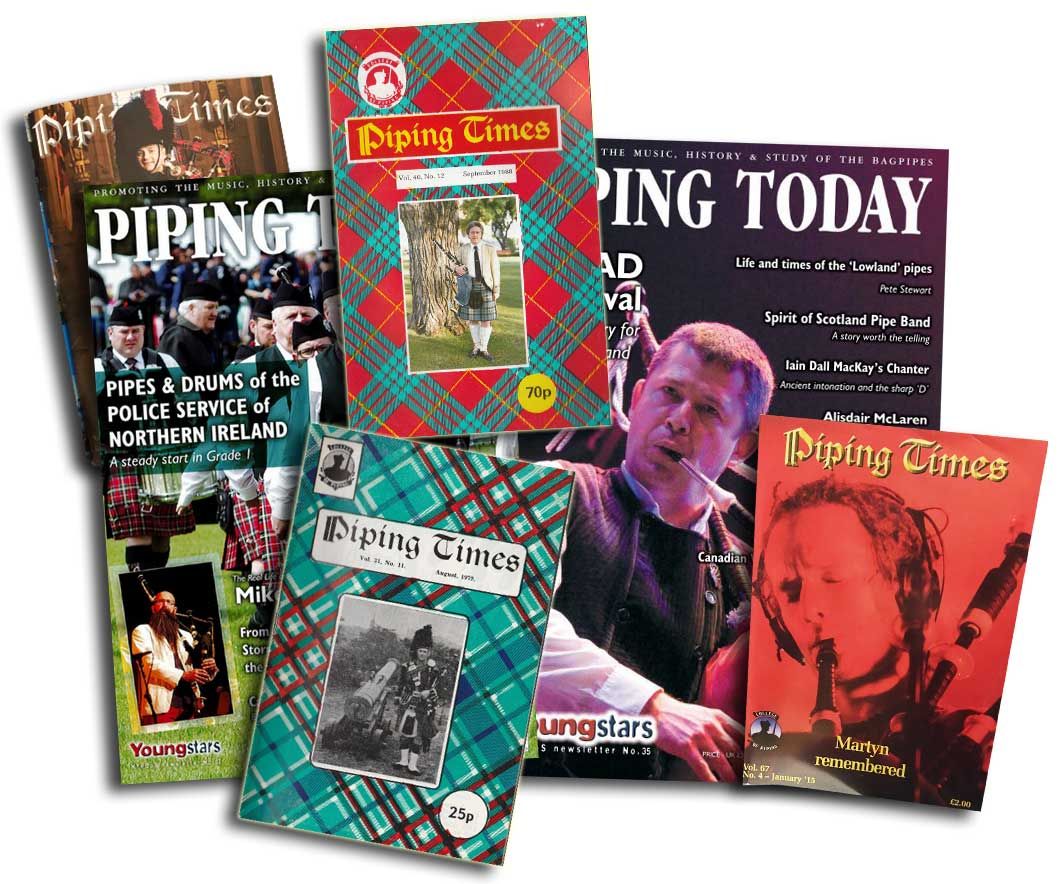 The National Piping Centre has launched a crowdfunding campaign to raise funds to protect the legacy of its Piping Times and Piping Today periodicals. The two-strand project involves the digitisation of the magazine archive, a resource that will be free to access online, and the production of a new annual publication that carries the Piping Times title.

The two periodicals have together recorded over 70 years of piping history and been recognised internationally as the most significant source of piping information, opinion and news.  In 2020, both were forced to cease publication, due to the unprecedented financial challenges caused by the Covid-19 pandemic.

The National Piping Centre’s Director of Piping, Finlay MacDonald, said: “It was with the deepest regret that we have made the difficult decision to cease publication of the two magazines, Piping Times and Piping Today. Both titles hold a special place in the hearts of pipers across the world.

“Sadly, publication of the magazines could no longer be justified on the grounds of the associated costs. Dwindling circulation numbers – a common trend in publishing in recent years – has meant that, despite their long histories, the savings made had a significant impact on the organisation’s ability to weather the pandemic.”

The Piping Times was first published in October 1948 as the monthly ‘house’ magazine of the College of Piping. As well as printing competition results, reviewing events and reporting general news in the piping world, it provided a platform for the frank exchange of opinions and ideas. It was also influential in fostering an international piping community. Contributors in those early years included some legendary names in piping such as Archibald Campbell (of Kilberry), Willie Gray, John MacLellan, Robert Meldrum, John MacFadyen, J. P. Grant of Rothiemurchus, John Garroway and D. R. MacLennan. 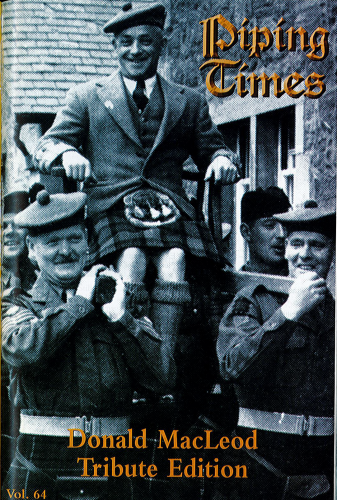 Although not the magazine’s first editor, Seumas MacNeill, co-founder of the College, was the Convenor of the Editorial Committee that produced the magazine until 1959 when Seumas became the sole editor. He produced the magazine each month until his death in 1996. Throughout these years, Seumas took no payment from the College and never missed a single issue. An acerbic style of writing made him a controversial personality but his commitment to the publication – and to piping – bequeathed the piping world a substantial and valuable historical record. Subsequent editors were Dugald MacNeill, Robert Wallace and Stuart Letford.

In 2018, when the College was incorporated into the National Piping Centre, the magazine archive and its continued publication became part of the Centre’s legacy commitment.

The National Piping Centre began publishing its own in-house magazine, Notes, shortly after opening in 1996. As the focus of the publication shifted to encompass the broader world of piping, its title was changed to Piping Today. The bi-monthly magazine, under the editorship of the then Director of Piping, Roddy MacLeod MBE, maintained a distinctive voice for almost 25 years.

In 2018, when the College was incorporated into The National Piping Centre, the magazine archive and its continued publication became part of the Centre’s legacy commitment.

Head of Piping Studies at The National Piping Centre, John Mulhearn, said: “The history recorded in both magazines’ archives is of great value to the international piping community. The unmatched resource it represents for students and scholars of the bagpipe cannot be overstated. In making this resource more accessible, future research will benefit profoundly.”

The money raised from the crowdfunding campaign will be used to professionally digitise the magazine archive. It will then be hosted on The National Piping Centre’s website and be free for the public to access and search.

Donations to the campaign will also support the design and production of a new physical annual publication, entitled the Piping Times Annual. It is planned that the annual will be added to the digital archive each year.

Finlay MacDonald continued: “Creating a physical record of the year’s piping news is still a priority for us. By publishing a Piping Times Annual we hope to create a new archive for the future. This first volume, covering the period from Spring 2020 to Autumn 2021, will be of enormous historical importance. While, on the one hand, far less piping activity has taken place due to the pandemic, the innovations that have taken place – most notably the explosion in online competitions – may be seen as a pivotal moment in the development of piping performance. It is essential that this is documented appropriately for researchers of the future.”

The Crowdfunder will be live from now until the end of the month (Monday 31st May 2021) and will be available to donate to via https://www.crowdfunder.co.uk/pipingtimes

Rewards for the Crowdfunder include:

£15 or more: Named as a sponsor + eBook editionYour name will be included in a list of sponsors within the new Piping Times Annual and you will get access to the eBook edition

£35 or more: Named as a sponsor + Physical Copy

In early December 2021 there will be an exclusive launch concert hosted at The National Piping Centre and livestreamed. For £70 or more you will receive a ticket to the event (either online or in-person). In addition, you will receive a physical copy of the new Piping Times Annual and your name will be included in the list of sponsors.

In addition to the other rewards listed above (name listed as a supporter, physical copy of the PT Annual, ticket to the launch event) you will receive an Online Pass to the 2021 edition of Piping Live!

In addition to all of the rewards above (name listed as a supporter, physical copy of the PT Annual, ticket to the launch event, and a Piping Live! Online Pass), you can have the cover of any Piping Times or Piping Today issue blown up in a high-quality print.

£500 or more: Tune Commission from your choice of TNPC Teachers

In addition to the rewards above (listed as a supporter, physical copy of PT Annual, ticket to launch event, and a Piping Live! Online Pass) you can commission an original composition by one of The National Piping Centre’s teachers (choose below). This is a unique way to support the project while being able to name a tune and be sent a hand-signed copy from the composer.

The National Piping Centre exists to promote the study of the music and history of the Highland Bagpipe and is the world centre of excellence for this. It opened in 1996, in Glasgow City Centre, and in 2018 incorporated the College of Piping in Glasgow’s west end. Its patron is HRH The Prince Charles, Duke of Rothesay, KG, KT, GCB. It has a teaching school, restaurant, hotel, bagpipe shop, Museum of Piping and wedding venue within its premises and runs the National Youth PIpe Band of Scotland and Glasgow International Piping Festival – Piping Live.

Find out more at www.thepipingcentre.co.uk