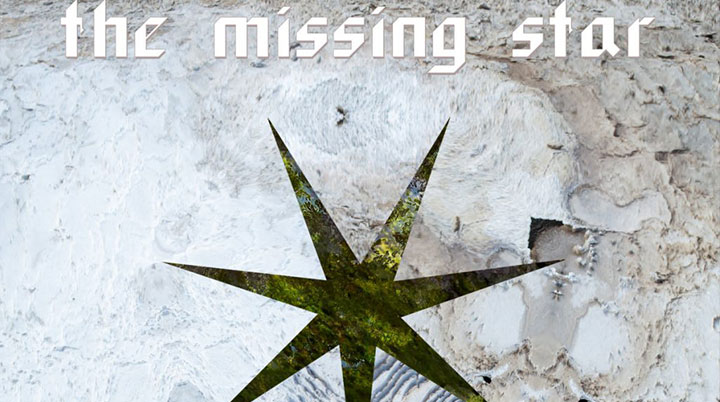 Described as ‘alt-folk’ there comes a point where the ‘alt’ bit becomes more current or progressive than alternative and ‘The Missing Star’  fits that definition in that it’s a good indicator of what is happening now in many folk circles.

It contains a melange of influences, but in spirit it’s rooted in folk traditions of instrumentation, vocal delivery and themes. Opener ‘Rigs Of The Times’ follows in a long tradition of protest song, referencing the idiocy of current political times with regards to Brexit, Covid, Facebook et al.

Musically, there are echoes of Stick In The Wheel on this track, with its reed instrument drones, percussion and intermittent clapping. Reaching from the present into the deep past ‘Mine It Is (Anemoia)’ is a pure vocal take on the oldest known fragment of English song from the 13th century. ‘Missing Star’ itself is an attack on fake news and uses cliched newspeak (© George Orwell) to deliver a Brechtian ode to the frightening brainwashing  – and brainwashed – in society.

Resistance and opposition is core to the release but it’s not delivered drily – there’s dark humour on ‘6000 Mile’ – irony and character in the vocal delivery underscores the message. ‘The Blacksmith’ takes a different, more defiant but more traditional approach musically and thematically to a tale of love gone awry. As with many of the songs on this release – the delivery gives it new life and resonance – there’s a vocal theatricality that will surely lend itself well to live performance, once that becomes an option once again.

Lunatraktors first release ‘This Is Broken Folk’ (great pun) attracted a lot of attention for its cleverness and variety and this follow-up keeps on with the good work.