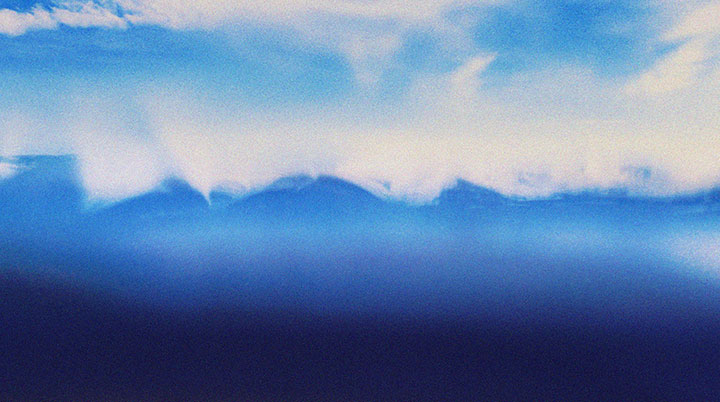 The natural world has always been an inspiration for artists of all kinds with musicians being no exception to this. Indeed, with our planet’s environment under existential threat, there has been something of a flurry of interest in nature with collaborative formats of presentation including theatre, writing, film, painting and, inevitably, music. For example, check out the work presented by Robert Macfarlane and Jackie Morris and inspiring others (The Lost Words, The Lost Spells and Spell Songs). Now stepping to the fore is Jenny Sturgeon with ‘The Living Mountain’ which draws its inspiration from the Cairngorms. Sturgeon was not only brought up in this mountainous Scottish area but takes the album’s title from the book of the same name written by nature author Nan Shepherd.

Shepherd’s book about the Cairngorms was written in the 1940s but remained unpublished as it sat in a drawer until 1977. Having been praised by The Guardian after its publication as “the finest book ever written on nature and landscape in Britain”, it’s no surprise to find that it has inspired Jenny Sturgeon to provide this soundscape. Particularly as her previous projects have included various encounters with nature including Northern Flyway, an audiovisual work co-written with Inge Thomson.

Whilst describing ‘The Living Mountain’ as a soundscape, please don’t run away with the idea that the twelve tracks are instrumental. They are all songs in a cycle intent on capturing nature’s mood by virtue of the arrangements, poetic lyrics and use of field recordings. For example, the delightful ‘Birds, Animals, Insects’ features snipe, crested tit, golden plover, ptarmigan and red deer amongst the ‘performers’. Human life intrudes occasionally – not surprisingly on the track called ‘Man’. However, titles like ‘Water’, ‘The Plants’, ‘The Plateau’ and ‘Frost And Snow’ tell you the true intentions of the music here.

Lyrically, Sturgeon does an excellent job of creating the imagery of nature in all its forms and seasons. On a couple of tracks, she adapts poems written by Nan Shepherd to further capture the feel of the Cairngorms. Indeed, each of the tracks is intended to reflect a chapter from Shepherd’s book. Musically, Andy Bell handles the recording and production which, naturally, took place at Clashnettie Arts Centre in the Cairngorms National Park. He adds synth, percussion and vocals alongside a small group of musicians who help with strings and bass whilst leaving Sturgeon to supply all manner of instrumentation from harmonium to dulcimer with whistle and her own field recordings thrown in for good measure.

It would be easy to dismiss a record like this as creating mood music. However, that would miss the point. It’s clearly been a labour of love and carefully put together to wash across your ears and create visions of the natural world. At one moment hypnotic and, at another, haunting. It deserves some careful listening – if you can’t reach the Cairngorms, try gathering around at home and, maybe, with a wee dram in your hand for good measure.

Hopefully, 2021 will see the planned audiovisual performance of ‘The Living Mountain’ on the road at various venues. Meanwhile, there’s a podcast series available of interviews with artists, writers and ecologists involved in the project as well as the opportunity to support Scottish rewilding by contributing to a Trees For Life grove named after the album/book.