The Hives to headline Friday night at Beautiful Days 2018 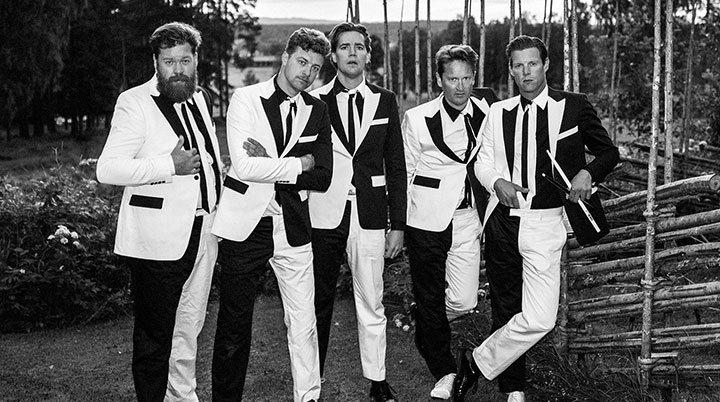 Monochrome five piece The Hives have been announced to headline Friday night at Beautiful Days. The unconventional Swedish rockers, whose hits including ‘Hate To Say I Told You So’, ‘Tick Tick Boom’ and ‘Walk Idiot Walk’, are renowned for their unmissable and energetic live show. Also added to the Main Stage bill are Manchester band Slow Readers Club whose latest studio album stormed the UK Top 20 on release in May, plus London blues band The Dualers and South West rock band Tax The Heat. Completing the Big Top line-up are guitarist Richard Durrant, 4-piece Indie-Americana group Carousel, Kitty MacFarlane and Curse of Lono.

The Rebel Tent will host discussions, talks, panels and Q&As throughout the weekend including ‘The USA vs Me’ with internet activist Lauri Love, ‘Corbyn, Palestine and Labour’ with Jewish Voice for Labour members Jackie Walker & Leah Levane, ’21st Century Socialism in Venezuela’ with Venezuela Solidarity Campaign spokesperson Teresa Teran, ‘The Global Battle for LGBT Rights’ with human rights campaigner Peter Tatchell, ‘War, Media and Propaganda’ with a panel including former UK Ambassador to Syria Peter Ford, Vanessa Beeley, Patrick Heningsen & Piers Robinson plus former UK Ambassador to Uzbekistan Craig Murray discusses ‘The New Cold War’. ‘Syria – What is to be Done?’ is the topic for discussion with Peter Tatchell, Peter Ford, Vanessa Beeley & Hilary Wainwright and then ‘A New Politics from the Left’ will be panel debate for Hilary Wainwright, Rachel Shabi, Alex Nunns, Chris Williamson MP and finally ‘Human Impact on Climate Change’ is the topic for physicist and meteorologist Piers Corbyn (older brother of Labour Party leader Jeremy Corbyn) & Richard Betts.

Scary Dave hosts comedy in The Theatre Tent on Friday and Saturday night with Paddy Lennox, Brian Damage & Krysstal, Samantics Unplugged and Earl Okin. Plus the return of The Beautiful Days Joke Competition.

The THEME for the Sunday at Beautiful Days is A RIOT OF COLOUR – the festival are encouraging people to be bold, be bright and wear all the colours of the rainbow!

Beautiful Days is a family music festival that has no corporate sponsorship or branding and does not advertise. The festival, now in its 16th year, is organised by DMF Music and takes place at Escot Park in Devon. It has seven stages included a seated Theatre Tent plus site art installations, a huge children’s area, family camping, licensed real ale bars from Otter Brewery & a great choice of food and craft stalls.