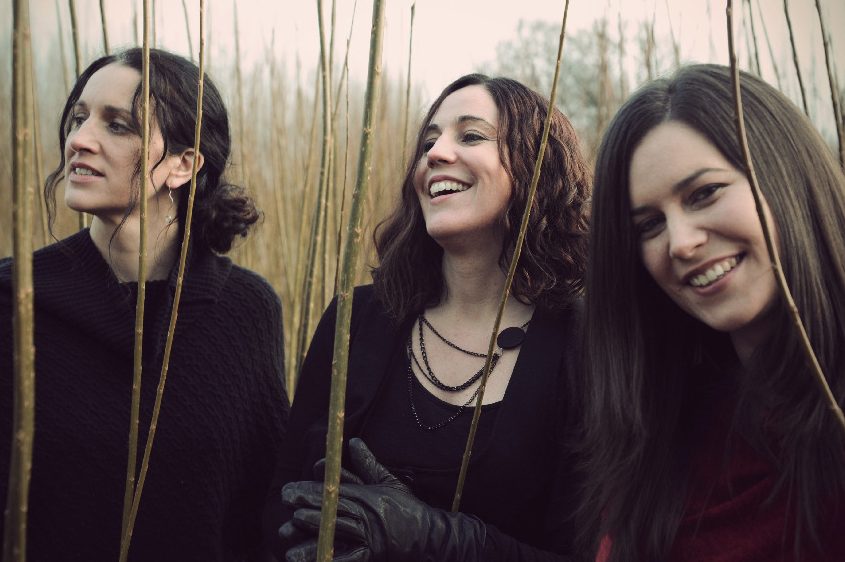 Rooted in the heart of Ireland, The Henry Girls are three sisters from Co.Donegal. Their music is infused with the rich cultural heritage of their native Donegal but with a transatlantic flavour. Over the last number of years they have become one of the finest Irish exponents of folk/roots music.

Their shimmering harmonies and delicate musicianship have been revered since their early days but in the last number of years they have been renowned for their songwriting skills also. They have successfully learned to interweave their traditional roots with contemporary elements, earning them both commercial success and spectacular critical acclaim on both sides of the Atlantic.

They formed the band in the early noughties but performed mostly in the North West of Ireland at that time. It has been a fair while since the release of their highly acclaimed 2011 album December Moon, which was produced by Calum Malcolm (The Blue Nile, Heidi Talbot) and things for The Henry Girls, have really started to take off internationally. Since then, they have toured extensively in Europe and America and also went on to record another album with Malcolm, their 2014 album Louder Than Words.

The print reviews have been strong too, all indicating that finally, their time has come, with fRoots magazine describing their music as ‘full bodied and powerfully dynamic’ while Music News Nashville proclaimed ‘get ready to listen, folks, because this is something special’.

The sisters have toured and collaborated on various other music projects, most notably Mary Black, Imelda May, Clannad, Sharon Shannon, The Hothouse Flowers, Donal Lunny, Altan and Dervish.

The Henry Girls are renowned for their captivating, heartwarming and often moving live performances. Those fortunate enough to have seen them ‘live’ on stage will all agree with the sentiments of The Irish Times who simply described the experience as ‘a joy’

They are playing the Hammersmith Irish Centre this Saturday ….  ticket link below ….