The East Pointers on the road in the UK 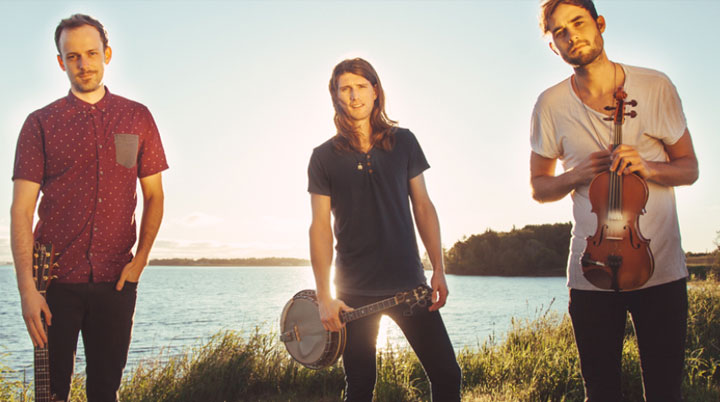 Catch this hot Canadian trio right now on tour in the UK, dates below.

Folk Music isn’t always old, even when it sounds like something lifted straight from a vintage ceilidh. For proof, witness The East Pointers, and Secret Victory, an adrenalized, roof-rattling, performance monster of a debut album by a stylist trio from Prince Edward Island on Canada’s wind-whipped East Coast. Their debut album Secret Victory stands on the shoulders of the giants from the illustrious Celtic/folk musical canon. Yet it features 10 brand new original tracks written by guitarist Jake Charron, fiddler Tim Chaisson and his cousin, banjoist Koady Chaisson, vocalists all and, in the case of the Chaissons, members of Prince Edward Island’s seven-generation musical dynasty.

The East Pointers are on tour now in the UK, they will be back in Jan/Feb 2016 in support of Sweet Victory.