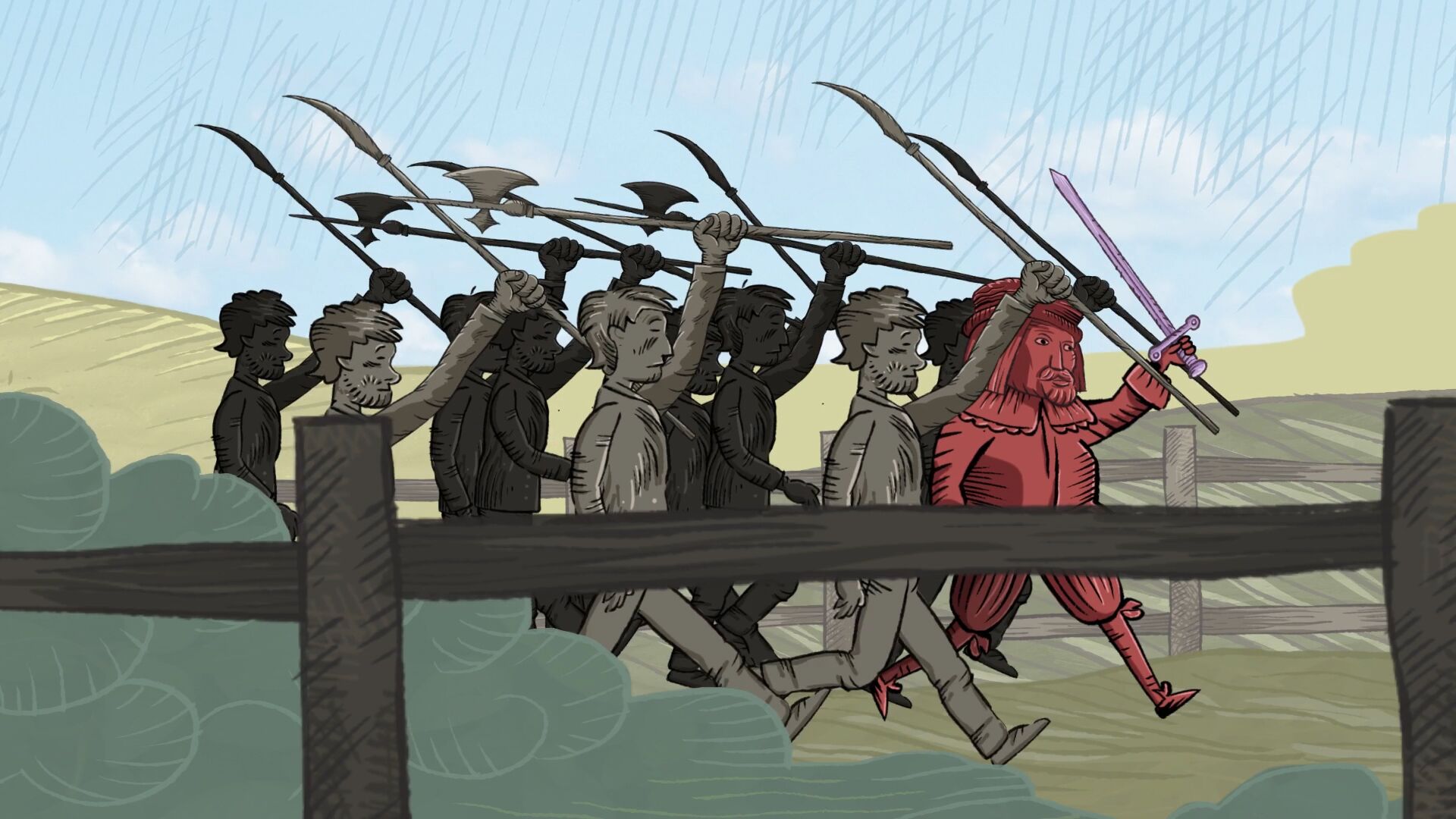 How time flies when you’re causing mayhem! The award-winning Demon Barbers have racked up an impressive two decades of galvanising the folk scene with their rousing rhythms, soaring crescendos and ‘maverick’ approach to fusing the contemporary with the traditional. What better way to mark this musical milestone than with the long-anticipated release of their next album ‘Rise Up’ along with a new adaptation of their critically acclaimed stage show that will have audiences rising up out of their seats across the UK!

Folk has long provided a mouthpiece for the common man to not only share stories but to inspire political action. Until now, the Demon Barbers have largely steered clear of politics but ‘Rise Up’ heralds a change. The inspiration for the album’s stirring title track comes from ‘Kett’s Rebellion’ of 1549, an uprising which took place in, lead-singer, Damien Barber’s Norfolk homeland over the illegal enclosures of common land.

The Demon Barbers’ ‘Rise Up’ draws striking parallels between this enclosure and the dismantling & privatisation of publicly owned utilities today, emphasised by a short film by Swedish animation artist Mattias Gordon. With their upbeat, energising songs and their invigorating fusion of electronic and traditional instruments, ‘Rise Up’ is a rousing celebration of social justice & political protest.

Following the success of their previous album ‘Disco At The Tavern’ they will again be working with their Grammy award-winning producers, Donal Hodgson and Kipper Eldridge, most notable for their work with Sting.

Accompanied by some of the UK’s most exciting young Clog, Sword, Hip Hop & Break dancers, 2020 will see the new album being transported to festivals and stages nationwide with a brand-new Demon Barbers XL show.

As previous winners of ‘Best Live Act’ at the BBC Radio 2 Folk Awards, there’s no denying the Demon Barbers XL’s ability to put on a first-class performance. Over the years they’ve thrilled countless audiences with their live music and dance shows, be it stirring up a frenzy at Glastonbury Festival and Edinburgh Fringe or selling out theatres around the UK.

The ‘Rise Up’ show will feature new choreography and a revised line up, with the focus being placed on front man Damien Barber as he celebrates his 30th anniversary as a professional folk musician. The show is suited to stirring up festival crowds and getting toes tapping in sit-down concert halls.