The Butchers Of Bristol – Gadarene. 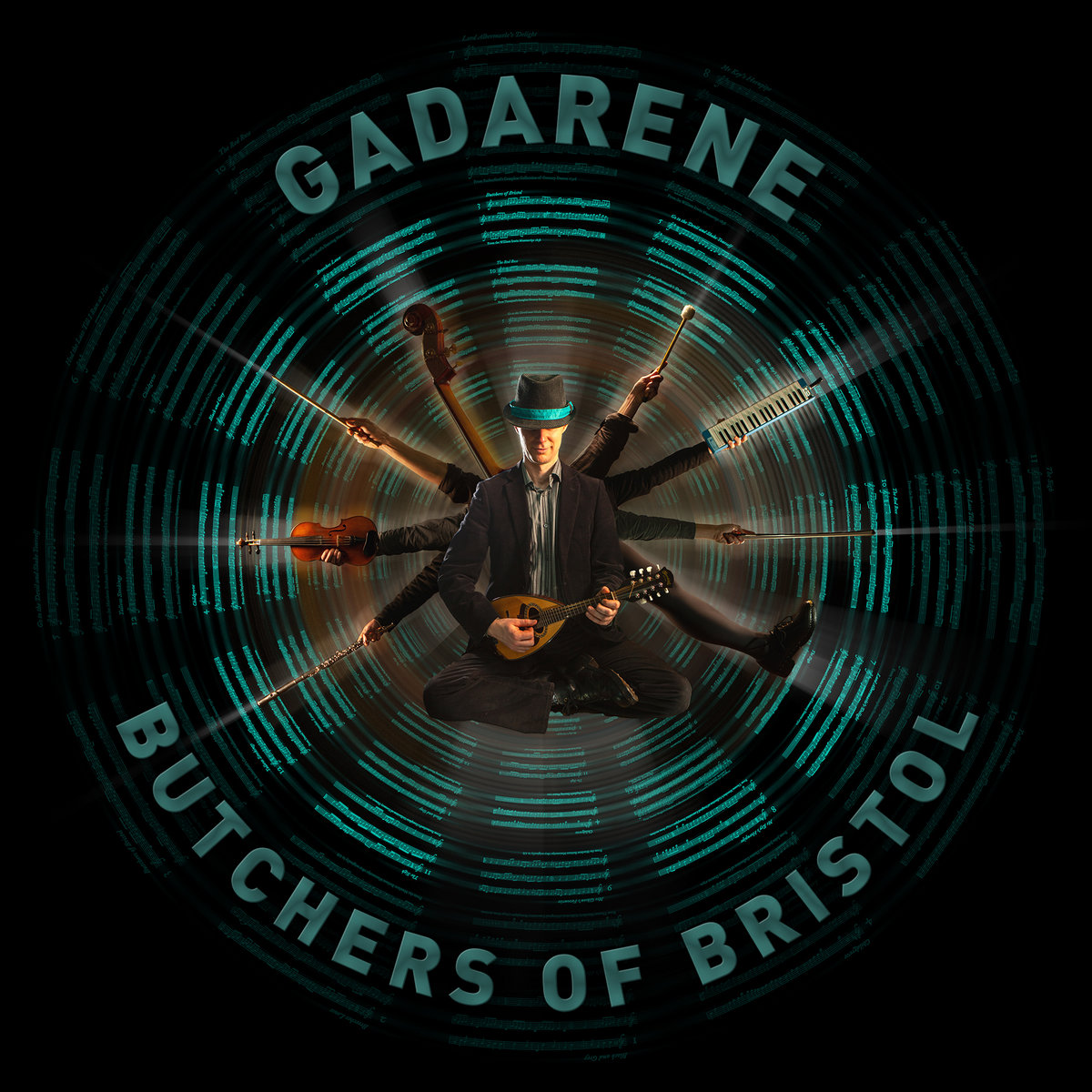 If you spy a group of people with determined looks on their faces, carrying a couple of shot guns you don’t need to worry, your local banks and building societies are safe, it’s just Gadarene hunting down the bloke who’s reviewing their new album for Spiral Earth. Where is it? They want to know. I’ll bet that Laurel Swift, already an ace dancer, is a crack shot too.

Truth to tell the album came out back in March and I’ve been playing it and considering what to say about it since. Okay it’s only June but three months is a long time, call it twelve weeks and it seems even longer. So let me set everyone’s mind at rest, ‘Butchers Of Bristol,’ is just a bit ace, admittedly the press blurb which comes with the album does bang on a touch too much about modernity and tradition marrying together, it’s a claim made by many yet seldom achieved.

The secret of Gadarene’s take is in their approach and interpretation, their modernism comes through the rhythms, grooves and flexibility they bring to the age old dance tunes which fuel extemporisation, stretching both the form and sound of material that originates in music collections dating from 1701 to 1825. They sure didn’t sound like this when Playford or Rutherford put their tunes down on paper!

Gadarene’s country dance isn’t polite but it surely is addictive, opener ‘Black & Grey,’ leaps out of the speakers  ringing strings and funky bass with counter melodies running underneath and all around the flute and fiddle. For those of you with a memory, this builds on what Pyewackett traded in, though even that pioneering crew never mixed a rock riffing mandolin and take flight jazz flute with soulful brass as on ‘Childgrove.’

Production is central with such tricks as echo, reverb and remixing all filtered through the minds of the collective with a huge pat on the back to engineer Mark Ellis who seems to be in the totally immersed in the same slipstream as the band. Throughout there are tricksy time changes, inspired inclusions like the Cuban percussion under ‘Lord Albermarle’s Delight’ with everyone getting to fly solo at some point, even the guest sax and trumpet players.

Without a shred of doubt ‘Butcher’s of Bristol,’ is going to be one of the most powerful albums released in 2021 and deservedly will hold its head high come those Best Of lists compiled at the year’s end. Messers Dyer, Norman, Wyke, Paul and Miss Swift have conjured something of great attraction, you’d be well advised to invest in such intelligence and attractive energy. Or I could be blunt and say buy it, it’s good for you. Natty cover too.

Okay Laurel you can put that gun down now.