The Best of Rory Gallagher 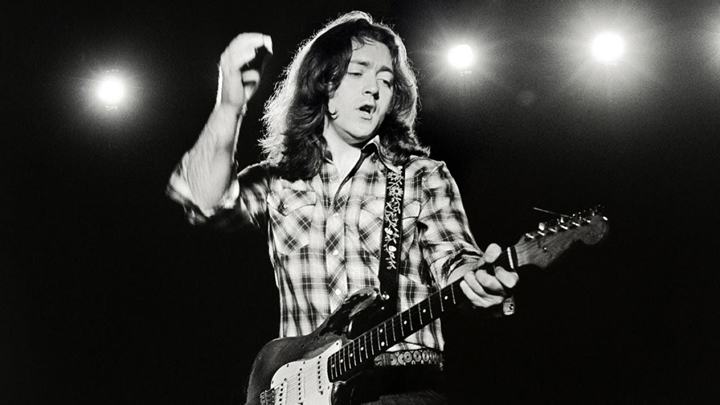 Like many of his generation Rory Gallagher was influenced musically by the skiffle boom of the late 1950’s led by Lonnie Donegan and then the early American rockers who followed like Eddie Cochran and Chuck Berry. However the essence of Gallagher’s music was distilled from a much older vintage. Unlike many of his peers the plaid shirted, tousle haired guardian of the blues straddled electric and acoustic music with the ease of a man who had travelled back to the source and studied the originators that so infatuated the young man from Cork. Self-taught, the likes of blues icons BB King and Buddy Guy were mere staging posts that took him on a journey to discover the early traditions laid down by the likes of Robert Johnson and Blind Boy Fuller. But influential as they were Rory was determined to follow his own muse and plough his own distinctive furrow.

This comprehensive overview of his career straddles 30 years, from the early power trio days of Taste in the late 1960’s through to his final solo album ‘Fresh Evidence’ in the 1990’s before his premature death in 1995 aged just 47. The 30 tracks compiled here demonstrate his versatility, subtlety and craft and indicate why he was coveted by the Rolling Stones when Mick Taylor jumped ship in 1974 – had Keith Richard not left Rory kicking his heels for four days in Rotterdam, history could have saved Jagger and company treading water for the rest of the 1970’s, but that’s another story. What isn’t in doubt is that Gallagher would have fitted the Stones – musically at least – like a glove. That’s proven by a nugget especially unearthed as a bonus for this package, a rare outtake from Jerry Lee Lewis’ famous 1973 London sessions featuring Rory singing and playing the Stones’ ‘ ( I Can’t Get No ) Satisfaction’ accompanied in fine style by the Killer himself. Well worth the admission price alone.

As good as his studio recordings were and are nothing could quite capture the blistering, metallic fretwork of his live work, where with only a relatively small combo amp he could fill a room with a wonderful noise courtesy of his trusty Fender Stratocaster. Never fashionable – despite selling over 20 million records – you had to witness the great man in the flesh to really appreciate why his audiences were so devoted – a barnstorming performer whose humility and raw talent always shone through.

This is a wonderful primer for those who wish to discover one of the most admired musicians of his generation. But, to really GET this enduring inspiration may I point you in the direction of Tony Palmer’s iconic film ‘Irish Tour ‘74’ for an essential snapshot of his virtuosity.