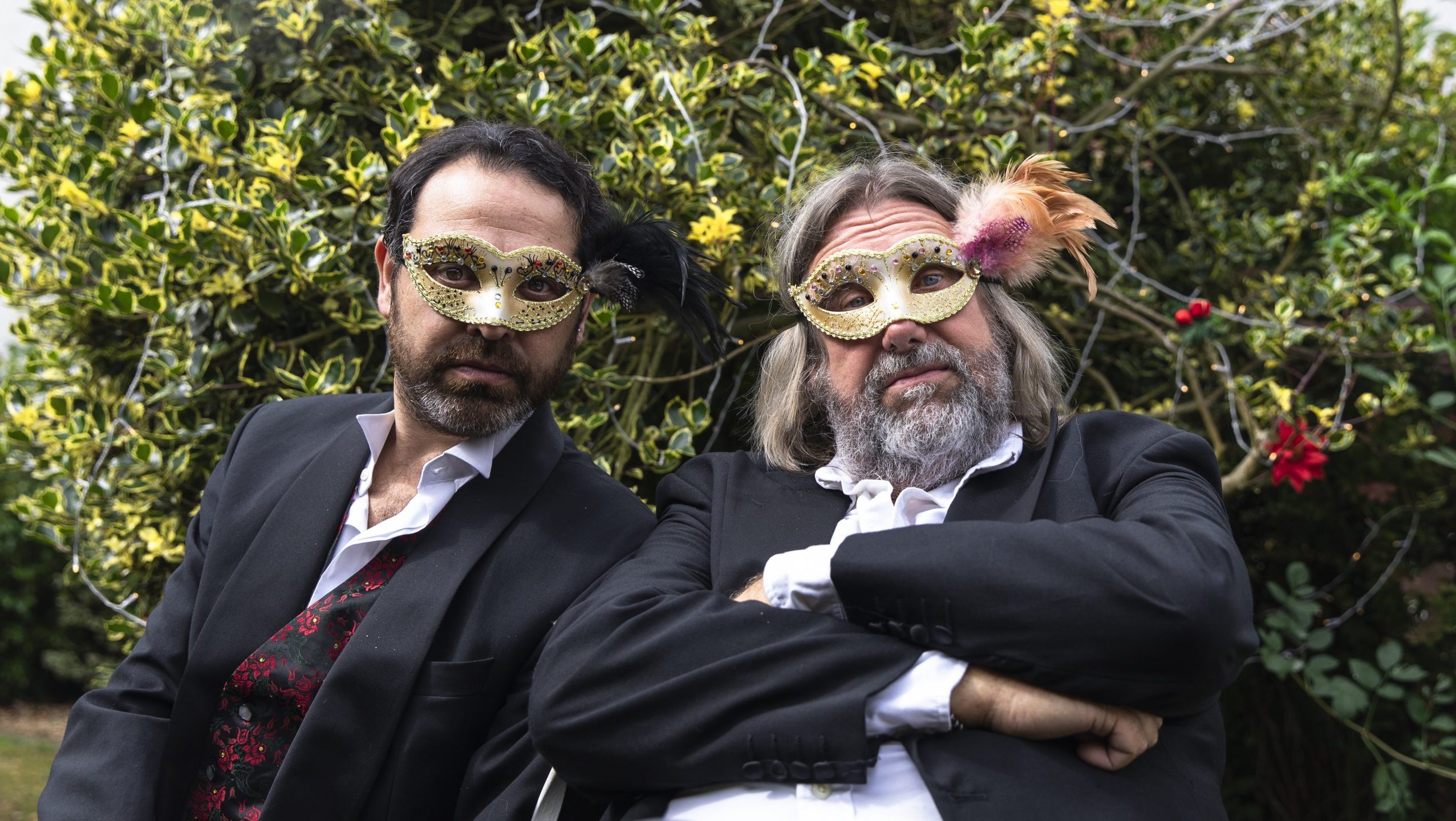 After almost 30 years making music and performing together, this year will see the last Belshazzar’s Feast tour around the UK in April and May. In their own words;

“You’ve already had too much of a good thing! We’ve long outstayed our welcome in the Travelodge’s, service stations and garden centres of the world, so it’s high time we headed for new pastures/were put out to grass. Catch us while you can!”

Belshazzar’s Feast have previously released nine critically acclaimed albums across their twenty five-year career. Their first winter-themed album, Frost Bites, earned them a nomination for Best Duo at the BBC Radio 2 Folk Awards.    That’s All Folkies!, their final album, was released in December 2021 and features new music plus fresh arrangements and recordings of the duo’s favourites from their previous nine albums.

“These guys are top class players who are equally adept when it comes to spoken, physical and musical comedy. A terrific double act!” Invisible Folk Club, December 2021

Audiences can look forward to an inspired mix of songs and tunes (both modern and traditional), which combine to create a heart-warming, beautiful and frequently hilarious evening of music and entertainment. Acclaimed musicians Paul Sartin (oboe, violin, swanee whistle and vocals) and Paul Hutchinson (accordion) are notorious for their superlative ability, wit, rapport and depth of experience. Together they have entertained audiences across the UK, Australia and beyond with their eclectic and eccentric mix of tunes, songs and humour that sends audiences home with a smile.

“Paul Hutchinson and Paul Sartin play like no-one else you’ve ever heard. Their music is breath-taking and wickedly inventive and the between-tunes interchange as intelligent and hilarious as the music. But don’t let me give you the impression they’re a lightweight comedy act: they finish the set with a haunting piece of oboe and accordion magic which has the audience spellbound.”
BBC Radio 2 Mike Harding Show

Final Tour Dates are as follows:  (Quick someone pass the tissues!)